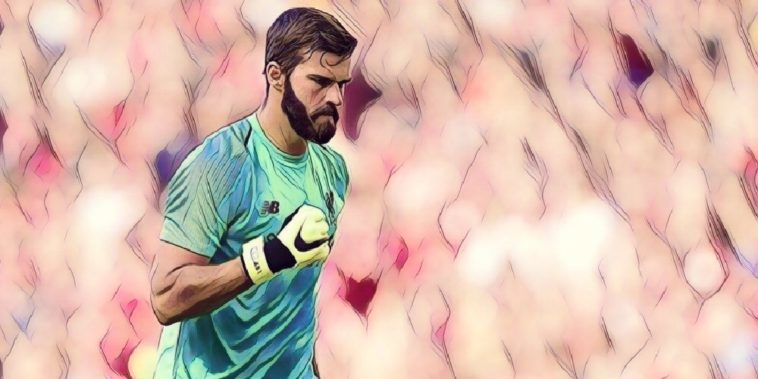 Jurgen Klopp has lavished the praise on his £67 million goalkeeper Alisson Becker after he made his first appearance in a Liverpool shirt.

Alisson became the most expensive goalkeeper in footballing history last month when he swapped Roma for Liverpool, and having had an extended holiday due to his involvement in the World Cup, he finally pulled on the famous jersey for the first time on Saturday afternoon.

Liverpool ran out 5-0 winners against last season’s Serie A runners up Napoli in their penultimate pre-season friendly of the summer over in Dublin, with Alisson playing the whole 90 minutes.

Speaking to reporters after the game, Jurgen Klopp was quick to praise his latest signing, highlighting how good he was with the ball at his feet:

“He’s quite a good footballer – probably as good as the goalie he is,” Klopp said.

“An all-round good performance for the first game, especially because I think everyone can imagine what happens inside a human being in a situation like that, playing the first game after all the things that were written about it and all that stuff.

“Playing against Napoli, it was the strongest side we played so far, 100 per cent. They had nearly a full squad here and it can look completely different.

“But at the end he’s there to catch balls and he did that in all the decisive moments, so I’m really pleased.”

Alisson is likely to make his Premier League debut next weekend when Liverpool get their campaign underway with a home fixture against West Ham.