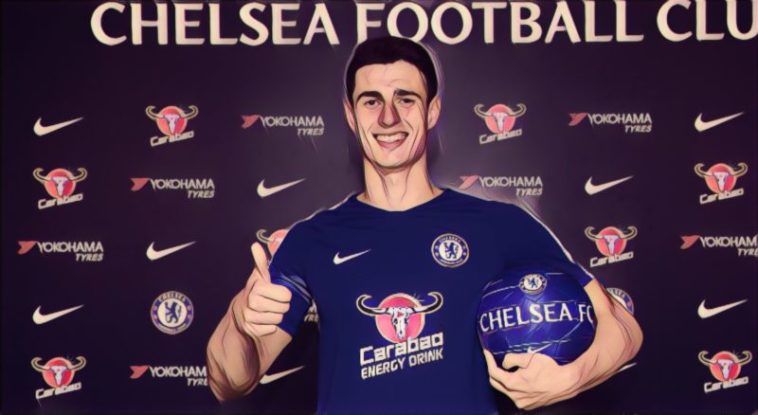 With that in mind, we take a look at the five most expensive goalkeepers of all time …

After months of speculation, Thibaut Courtois finally made his long-awaited move to Real Madrid on the penultimate day of the 2018 summer transfer window.

Having said he wanted to return to Spain to be closer to his kids, Courtois held all the cards at Chelsea, with only one year remaining in his contract.

The Belgian finally made a move to the Bernabeu having made 154 appearances for Chelsea, winning two Premier League titles, one FA Cup and one League Cup

When you consider that Buffon remained the World’s most expensive goalkeeper for 16 years, it tells you just how badly Juventus wanted to sign him from Parma way back at the turn of the century.

Widely regarded as one of the greatest ‘keepers to ever play the game, there can be little doubt that the Old Lady got their money’s worth out of Gigi, with his 11 Serie A titles a tribute to his class and consistency over the years.

Throw in 176 Italy caps and a World Cup triumph in 2006 and it’s easy to see why we’ll all be telling our grandkids about Buffon as being the greatest ever in years to come.

Now 40-years-old, he called time on his Juve career earlier this summer and has moved to French moneybags PSG, where he will continue his pursuit of the one trophy that he has been unable to get his hands on throughout his illustrious career, the Champions League.

Ederson arrived in the Premier League as something of an unknown quantity when he sealed his move from Portuguese side Benfica to Manchester City last summer. However, it did not take long to see that Pep Guardiola had unearthed a gem, that has arguably been the most important signing of the former Barcelona and Bayern Munich coach’s tenure at the Etihad.

In an age where sometimes there is so much focus on what a ‘keeper can do with his feet and not always on his primary job of keeping the ball out of the net, Ederson strikes the perfect balance and seems to have it all. At just 24 the Brazil international looks set to have an amazing career at the top level.

After catching the eye in his homeland with Internacional, Brazilian ‘keeper Alisson earned himself a move to Serie A side AS Roma in 2016.

However, it was only last season that the 25-year-old became a regular at the Stadio Olimpico, despite having already established himself as the undisputed number one in Tite’s Brazil side ahead of the aforementioned Ederson.

It was not long however until his superb performances in Italy had the man dubbed the ”Messi of goalkeepers,’’ being linked with moves to a host of Europe’s biggest clubs.

Jurgen Klopp will be hoping that Alisson can have the same type of impact that Ederson had on Man City last season, as the Anfield outfit continue their quest to win their first ever Premier League title.

These world record moves for goalkeepers are like buses. You wait 16 years for someone to surpass the fee of Gigi Buffon, then three come along at once, with Alisson’s record standing for just 20 days.

The current most expensive goalkeeper is Kepa Arrizabalaga, who joined Chelsea as a replacement for the aforementioned Thibaut Courtois after the Blues agreed to pay Athletic Bilbao his €80 million buyout clause.