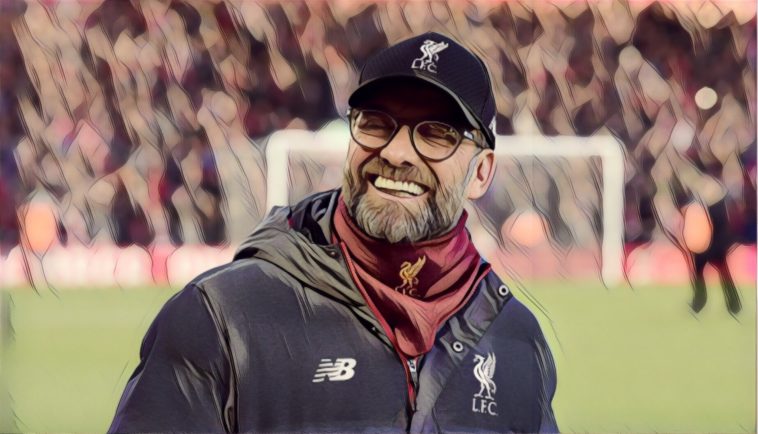 Jurgen Klopp has paid tribute to Liverpool legends Kenny Dalglish and Steven Gerrard after the club were crowned champions for the first time in three decades.

Liverpool were crowned as Premier League champions following Manchester City’s defeat at Chelsea on Thursday night, the Reds securing the title with seven games to spare after a record-breaking season for Klopp’s side.

The German struggled to contain his emotions after guiding the Merseyside club to a first championship in 30 years, before paying tribute to legendary figures from the club’s past as the city prepares to celebrate a long-awaited title triumph.

“It is unbelievable. It’s much more than I ever thought would be possible. Knowing how much Kenny supported us, it is for you. He has waited 30 years and it’s for Stevie [Gerrard]. The boys admire you all and it’s easy to motivate the team because of our great history,” Klopp told Sky Sports.

“It was really tense for 100 minutes of the City game, I didn’t really want to be involved but you are when you watch it. It’s an incredible achievement by my players and it’s a huge joy for me to coach them. I haven’t waited 30 years, I have been here for four and a half years, but it is quite an achievement, especially with the three month break because nobody knew if we could go on.

“The game last night gave me the feeling we would be fine and tonight is for the fans. I hope you stay at home, and it’s a joy to do it for you. It [the pandemic] is not over yet and we watched the game together at the hotel so we will enjoy the moment.

“I know it is difficult for people in this moment but we could not hold back. We will enjoy this with our supporters when we can.”

Liverpool will take to the field as champions for the first time next Thursday night, the Premier League winners travelling to face Manchester City at the Etihad.