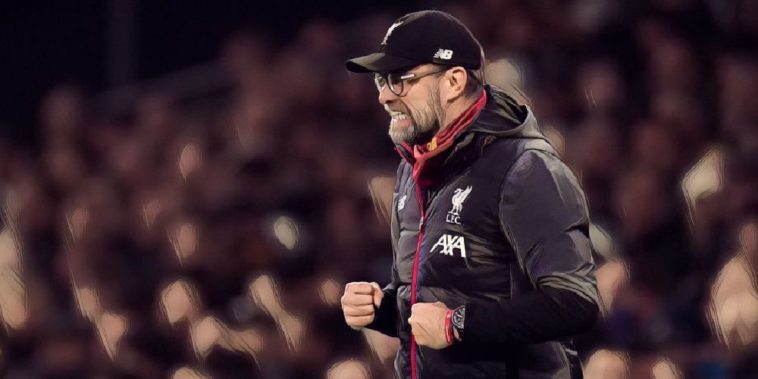 Jurgen Klopp has discussed the areas in which Liverpool can still improve, despite the club’s huge lead at the top of the Premier League and unbeaten start to the season.

The league leaders continued their relentless run towards an elusive title with a 2-0 victory over Manchester United on Sunday, goals from Virgil van Dijk and Mohamed Salah extending the club’s unbeaten run in the division to 39 Premier League matches.

Despite their staggering form, Klopp has insisted that there is is still room for improvement from his side and believes the Reds, having almost allowed United back into a contest in which they had dominated last weekend.

Ahead of Thursday night’s trip to face Wolves at Molineux, Klopp was asked at his pre-match press conference how his side can still improve and believes one factor is vital to their sustained hopes of success.

“Five minutes before half-time and at the end, United came back and game should have been decided already.

“There is a lot of space for improvement. How can we help ourselves? We need to find a common way in situations to dominate the game in a slightly different manner.”

Liverpool have no new injury concerns ahead of the trip to face sixth-placed Wolves, with James Milner, Naby Keita and Xherdan Shaqiri still sidelined.

Dejan Lovren could return after taking part in training this week, whilst Fabinho could also be included from the start after making his return from an ankle injury as a substitute last weekend.

Klopp explains how Alisson has ‘exceeded expectations’ since joining Liverpool