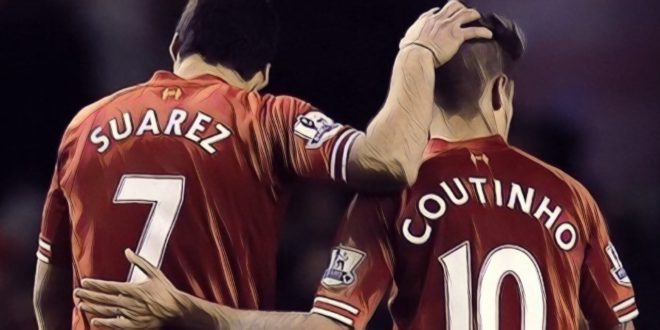 The Japanese international joins a long list of players to head to Merseyside mid-season, with the Reds having broken their transfer-record three times during January since the window was first introduced.

Despite regularly entering the market for winter reinforcements, it’s fair to say the club have enjoyed mixed success and we’ve decided to look back at some of Liverpool’s most high profile January additions.

The arrival of the Spain international caused great excitement amongst the Liverpool faithful, Morientes having won three Champions League titles during a glittering career at Real Madrid and finishing as the competition’s top scorer during a loan spell at Monaco the season prior to his move to the Premier League.

Joining compatriot Rafael Benitez looked to be the perfect match for the experienced forward, though it would prove a deal that never quite lived up to expectations.

Morientes would score just eight league goals during a one-and-a-half year spell, failing to replicate the form he had showed during his time in Spain and France, before returning to his homeland with Valencia after falling behind the likes of Djibril Cisse and Peter Crouch in the pecking order.

Cup tied for the club’s Champions League success in 2005, an FA Cup victory the following year would be the peak of his Anfield career, though he would come on only as a second-half substitute as Liverpool beat West Ham on penalties in Cardiff.

Luis Suarez’s prolific form in the Netherlands would persuade Liverpool into parting with a club record £22.8m to sign the Uruguayan international on deadline day in 2011, as Kenny Dalglish looked to revamp the club’s attacking options.

Despite scoring on his debut it would prove a slow start for the fiery forward in English football, but once he found his rhythm he would never be far from the headlines, be that for the right or wrong reasons.

Suarez would score 82 goals in just 133 appearances for the club, with his prolific campaign in 2013/14 arguably amongst the finest individual campaigns in Premier League history.

That year the forward would fire the Reds to the brink of a long-awaited title, plundering 31 goals in 33 appearances as Brendan Rodgers’ side were narrowly pipped to the title by Manchester City.

His performances saw him scoop a PFA Player’s Player of the Year and Football Writer’s Footballer of the Year double, the accolades joining his Golden Boot award as the division’s top scorer.

A series of controversies marred his time in English football before his move to Barcelona in 2014, though Suarez will be remembered as one of the most talented strikers of the Premier League-era.

Suarez’s status as Liverpool’s record signing would stand for just a few hours, the club smashing their record fee once again on deadline day 2011 to sign Andy Carroll in a £35m deal from Newcastle.

Fernando Torres’ impending British-record departure to Chelsea saw the Reds desperately search for additional firepower, splashing out a huge figure for the giant Geordie who had impressed during the first half of the season on Tyneside.

Despite his potential, it would prove to be one of the most expensive mistakes in Premier League history.

Injuries would ravage Carroll’s time at the club, whilst his target man style seemed ill-suited to the direction in which the club were headed as Dalglish and head of recruitment Damien Comolli made largely a mess of the club’s transfers at the start of the last decade.

A brace against Manchester City and last minute winner in a FA Cup semi-final against Everton were highlights, but just six league goals in 44 appearances was a poor return from a huge investment.

Plucked from Inter Milan as a talented but raw youngster, the Brazilian playmaker would blossom into one of the Premier League’s finest attacking talents during a five-year stay with Liverpool.

Blessed with unerring technique and vision, his £8.5m fee would prove to be one of the club’s best pieces of business in the Premier League era, Coutinho developing into the role as the Reds’ creative fulcrum before leaving for Barcelona in a £142m deal in 2018.

Despite failing to lift silverware during his time at the club, Coutinho’s penchant for the spectacular made him a huge fan’s favourite at Anfield prior to his departure, scoring several stunning strikes from distance during a memorable spell on Merseyside.

The third player to break the club’s transfer record on this list, Jurgen Klopp would finally secure the services of the Dutch defender after a protracted transfer chase in January 2018, Van Dijk becoming the most expensive defender in the history of football when moving to Anfield from Southampton.

Liverpool’s leaky defence had been in need of solidity and Van Dijk would certainly prove to be worth the wait, any doubts over his huge fee swiftly removed following his transformative impact upon the club’s defence.

In his first full season the centre-back would help Klopp’s side to a record points haul to finish as runners-up to Manchester City, posting the best defensive record in the Premier League and his imperious performances being rewarded with the PFA Player’s Player of the Year award – Van Dijk becoming just the third defender to win the accolade.

Since then Van Dijk and Liverpool have gone from strength to strength, winning the Champions League, UEFA Super Cup and Club World Cup in 2019, whilst they look on course for an elusive league title following an unbeaten start to the season.

The Merseyside club have emerged as arguably Europe’s finest over the past year, with Van Dijk firmly at the heart of their rise.

Read – Rating every Liverpool manager of the Premier League era