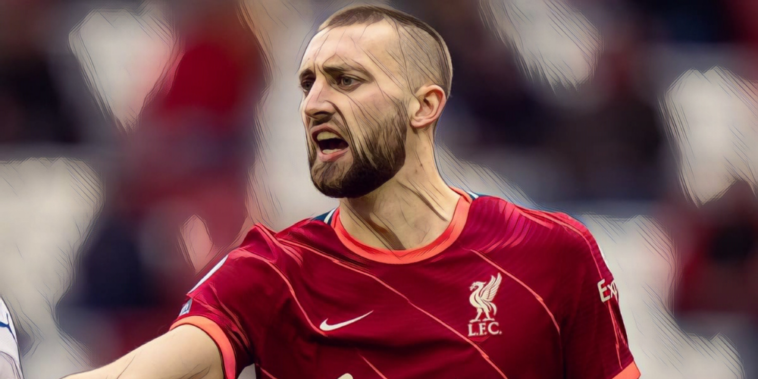 The Reds are currently flying high both in the Premier League and in the Champions League, having overcome a turbulent campaign last year in which the then champions were riddled with injury, particularly in defence.

Long-term absences to the likes of Virgil Van Dijk, Joe Gomez and Joel Matip left the Merseysiders without any senior options at centre-back, with Klopp forced to rely on the inexperienced duo of Rhys Williams and Nat Phillips for much of the back end of the season.

Despite a shaky spell at the turn of the year, in which they lost six successive home league games, the Anfield outfit recovered well to enjoy a strong end to the campaign, with former Stuttgart loanee Phillips, in particular, catching the eye.

After an impressive end to the season for the Englishman, there was a suggestion that he could well secure a move in the summer, with a handful of Premier League sides believed to be chasing his signature.

While he ultimately ended up staying at Liverpool, the 24-year-old has since made just two appearances in all competitions and is yet to feature in the top flight this term, with the backline now back to full strength and having been further bolstered by the arrival of Ibrahima Konate.

Phillips may be afforded an opportunity in the Champions League in midweek, with Liverpool having already secured their passage to the last 16 as Group winners, while there is also a Carabao Cup quarter-final fixture on the horizon that could offer an opportunity of game time.

Ahead of Saturday’s trip to Molineux, Klopp has admitted that the player may need to move on to secure the game time he deserves, with the German highlighting the ‘insane’ development of the academy graduate under his stewardship, drawing comparisons to the development of Poland hotshot Lewandowski – who he turned into a world-beater during his stint at Borussia Dortmund.

“People often ask me which player made the biggest improvements under my leadership and I say, Robert Lewandowski. That’s probably right, but not far off that is Nat Phillips, just in a completely different department.

“I remember when I saw Nat Phillips first. I spoke to him after the game and he’s one of the smartest players I ever worked with. I told him: ‘You know you are not the easiest on the eye?’ But he improved in pretty much everything since, and he’s not playing. Life is sometimes not fair and I can’t blame him. We cannot keep him for ever, that’s clear. We needed him, just to be safe, for that half-year.

“We will see what happens in the window. He was fine doing it because he’s a great guy but his development is absolutely insane … I would sign him for any club except Liverpool because we have him.”