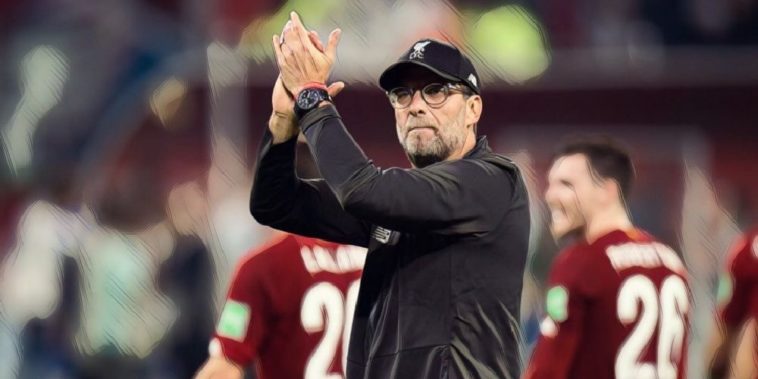 Jurgen Klopp is confident Liverpool fans will not gather at Anfield to celebrate a long-awaited title success as the Premier League season prepares to restart later this month.

Liverpool currently sit 25 points clear at the top of the division ahead of the resumption of the campaign, and could be crowned champions with victory in their first fixture against Everton – should nearest challengers Manchester City lose to Arsenal earlier in the week.

It had been suggested that Liverpool could be forced to play their games away from the city, amid fears than fans will break social distancing guidelines and congregate should the Reds secure the title.

Klopp is confident, however, that the club’s supporters will respect the government guidelines if the title is secured and says full celebrations will commence ‘in the moment we are allowed to do so’.

“If we become champions, we will (celebrate) with all our supporters in the moment we are allowed to do so again,” Klopp said, as per The Mirror.

“I can promise that if it happens, there will be a parade as well. Whenever. Who cares!

“We only need one day when everybody is able to come and then we will do that.”

Manchester City’s Etihad Stadium has been suggested as a potential venue for the Merseyside derby, though police have since insisted they have ‘no objections’ to the game being played within the city, and Klopp reiterated his belief that the club’s fans will obey the current restrictions.

“Of course we would love to play our home games at Anfield,” he said. “If people are saying we cannot play at Anfield because our supporters will go there…c’mon, we are all adults.

“We love each other, that is clear. But if (fans not turning up at stadiums) is the only chance we will be able to play games, of course we will not show up there.