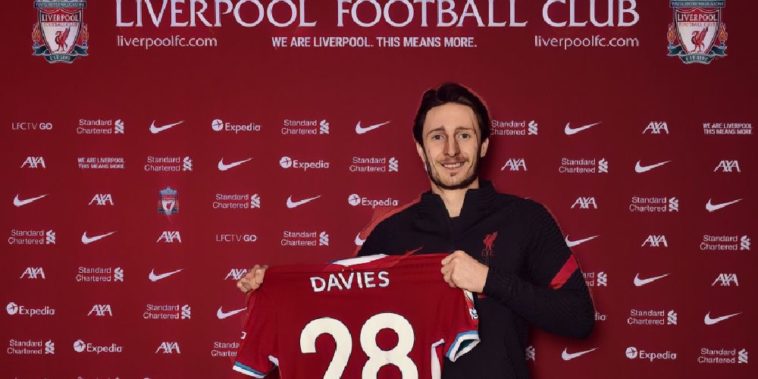 Jurgen Klopp has opened up on the qualities of Ben Davies after Liverpool confirmed the completion of the unlikely signing from Preston North End.

Liverpool have played the vast majority of the season with a threadbare defence following the early season injuries to Virgil van Dijk and Joe Gomez, while their other centre-back Joel Matip has hardly been a reliable presence.

Many thought Liverpool would have a centre-back lined up ready to join the club at the opening of the January transfer window, though with deadline day upon us, they finally have strengthened their backline with the £2 million addition of Ben Davies from Preston North End.

Even the most ardent of Liverpool fans will be forgiven for knowing little about their new signing, and while Jurgen Klopp admitted that it would be an unlikely transfer in a ‘normal’ transfer window, he insisted there is still plenty to be excited about for the Reds’ new number 28.

“What I like about Ben is it just shows that each situation creates opportunities,” he told the club website. “I think it’s probably clear that in a normal transfer window, without any issues, we would not look at Preston if there’s a player for us or something like that. It’s not really likely.

“But since we saw him and since our situation got clearer and clearer – the problems we had – when we saw him we got really excited about it and thought, ‘Wow.’

“I love a lot about his play. He’s a really good footballer, looks like a proper leader in this Preston team, good in challenges, looks football smart, can play different positions because he played in a back three and a back four and all these things.

“That makes him really interesting so I’m really looking forward to working with him. I know for him it’s an opportunity and I see it exactly the same for us, that it’s a really good thing to do.”

Liverpool are also expected to wrap up a deal for Schalke defender, Ozan Kabak, initially on loan for the remainder of the season.