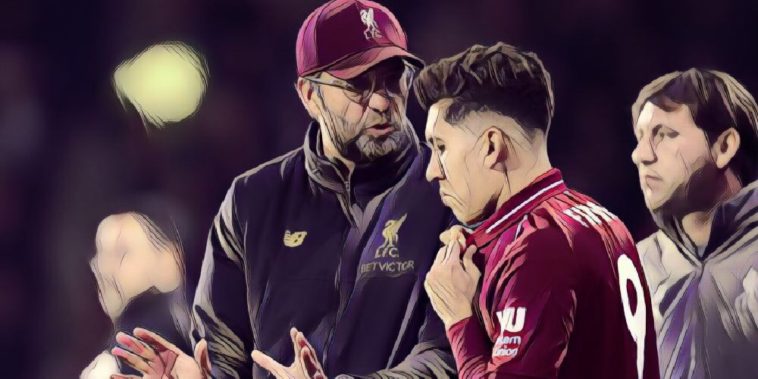 Liverpool could welcome Roberto Firmino back to their starting line-up when they face rivals Everton in Sunday’s Merseyside derby.

The Brazilian missed the midweek win over Watford due to an ankle injury sustained in last weekend’s draw with Manchester United at Old Trafford, but Klopp insists the forward is responding well to treatment and could feature at Goodison Park.

“He was running yesterday but we now have to see how he’s reacted. He’s very positive but that’s Bobby’s nature. We have to see,” Klopp told his pre-match press conference.

“It looks really good but I don’t know yet if he will be ready.”

Divock Origi, who scored the dramatic late winner when the sides met an Anfield earlier in the season, replaced Firmino for the 5-0 win over Watford on Wednesday, getting himself on the score sheet and could be in line for another start this weekend.

Captain Jordan Henderson could return to the side having been rested in midweek, whilst the fixture looks to be too soon for Dejan Lovren, Alex Oxlade-Chamberlain and Joe Gomez as they near returns from their respective injuries.