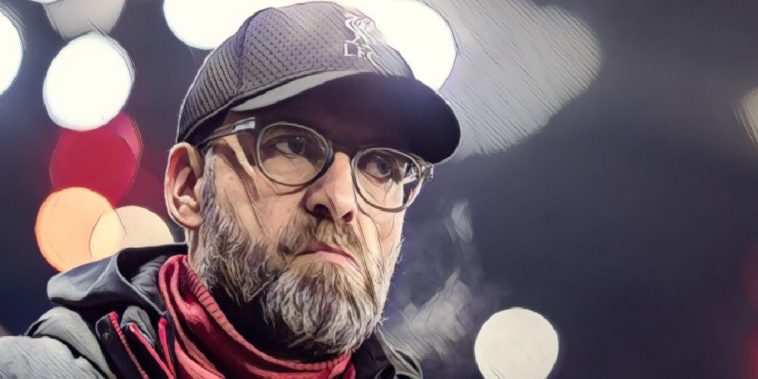 Jurgen Klopp has blasted broadcasters Sky and BT Sport regarding their fixture scheduling in another rant over the congested nature of the footballer calendar.

Klopp is one of a number of Premier League managers to have expressed their concerns over player welfare, with a notable increase in the number of injuries to players amid an unprecedentedly congested schedule.

Liverpool moved level with Tottenham at the top of the Premier League with an impressive 3-0 victory over Leicester in their first fixture back after the international break, though Klopp was once again critical of the broadcaster’s scheduling of games following the clash at Anfield.

The Reds next face Atalanta in the Champions League on Wednesday night followed by a short turnaround before meeting Brighton in the Premier League on Saturday lunchtime, and the German has blasted the broadcasters over their televised fixtures and reiterated the need to additional substitutes to be reintroduced.

Speaking in his post-game interview with Geoff Shreeves, which wasn’t broadcast in the UK, Klopp said: “It’s really tough how we discuss the necessity of [making] changes. I can’t believe that. Why we change late is because we constantly have to think that somebody will go down with an injury,” he told Sky Sports.

“We cannot change early, because [if] we change early and the other one has an injury, and you end the game with nine players.

Part of Klopp’s post-match interview that aired globally: “Sky & BT have to talk because if we keep playing Wednesday & Saturday 1230, I’m not sure if we will finish the season with 11 players … I know you don’t care”

“If we keep playing on Wednesday and Saturday 12.30, I’m not sure if you’ll finish the season with 11 players. All the top six are the same. All the top six and seven. But I know [broadcasters] don’t care, and that’s the problem.”

Liverpool have been amongst the worst-hit sides in the Premier League after suffering a succession of injuries of late, with Naby Keita the latest to suffer a problem after being withdrawn against Leicester with a hamstring problem.

The midfielder joins the likes of Trent Alexander-Arnold and Jordan Henderson on the treatment table, whilst Virgil van Dijk and Joe Gomez are each expected to miss the majority of the season after sustaining serious knee injuries in recent weeks.

Klopp dismissed the notion that the issue is ‘difficult’ for broadcasters to hand each side the required rest and recovery and stressed that the increase in injuries will only worsen if television companies continue to fail to consider the demands on players.

“No, it’s not wrong because we discussed it already for a long time and nothing happens,” he continued. “Everybody tells me it’s difficult, ‘Ah, it’s difficult here, difficult there.’ But it’s really difficult for the players. That’s what is difficult. The rest is just a decision on a desk in an office. That doesn’t sound so difficult for me.

“But if we keep it like this and you want to see a spectacle…I’m happy about the game tonight but we lost another midfielder. You saw on the bench we don’t have a lot. That’s the situation. But it’s not about us. I can only say it one more time

“Whoever calls me selfish has to ask himself who is selfish. But it’s really not about that. I want to discuss these kind of things completely calm, the only problem is everybody, whatever I say, it might be my language, it’s like, ‘He talks about Liverpool.’

“I don’t talk about Liverpool. I talk about all the football players out there. Yesterday, [Gerard] Pique, massive knee injury. Today, maybe [Bukayo] Saka, I’m not sure, a knee injury – he played all three games for England during the international break.

“People tell us we can rotate – who? We have offensive players, the rest are kids. That’s how it is. It’s all OK, we fight with all we have, but if [broadcasters] do not start talking, you will see what happens.”

Klopp rejected Shreeves’ suggestion that the increase in injuries is not the broadcaster’s fault, warning decisions must be made by the television companies to address a ‘massive problem’ for sides at present.

Jurgen Klopp isn't happy with Sky and BT, to put it mildly 😡 pic.twitter.com/2nZxRSFqxh

“It’s a massive problem,” Klopp interjected. “Wednesday and Saturday 12:30 is a broadcaster problem and nothing else.”

“People tell me, if you want to change that then you need a shareholder meeting. For what? For what? And then you ask for money. For what?

“What are we doing now? We play against Atalanta on Wednesday and then 12:30 Brighton. It’s an early Christmas present. We will show up there shaking. I think about sending them the points. That’s how it is.

“We cannot change 10, 11 positions, that’s not possible. We can’t only show up, we have to win the football games.

“It’s exactly how it is. Gentlemen, start talking and start making decision. I know it’s not you… I like the relationship with you.”

Read – Tweets of the Week: Rashford’s gaffs, official sources, and the most Jose vs Pep match of all-time

Read Also – The latest piece of the puzzle: Why Diogo Jota is thriving at evolving Liverpool