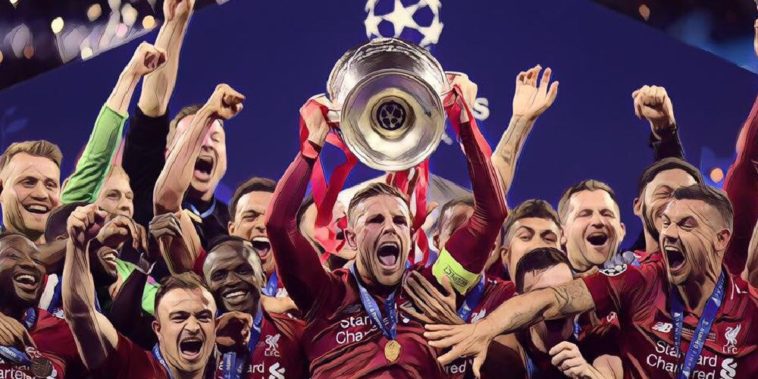 Jurgen Klopp has heaped praise on Jordan Henderson and the drastic improvement in his performance levels, discussing what factors have actually led to this upturn in his career.

The English midfielder has gone from struggling at Liverpool in the shadow of Steven Gerrard, and almost departing the cub at one point, to captaining the side to their sixth Champions League title and is now on the verge of a first League title for 30 years.

He has gone on to become a key component of Klopp’s system, with his ability to get around the pitch and his expansive passing setting the foundation for their more technically gifted players to excel.

When asked during his pre-match press conference, what has changed in the last few years, Klopp replied: “The self-awareness.

“The natural quality was always there. I knew Hendo before I came here as a proper box-to-box player who can make the difference. Going back four and a half years when I arrived here, it was the first year Hendo was captain after Steven Gerrard. As I’ve always said, it’s the most unthankful [thankless] job in the world. People maybe needed to get used to that, that somebody who is not Steven Gerrard has the captain’s armband and he didn’t get the credit he would have deserved.

“I thought he played an exceptional season last season, to be honest. They were big, big steps. There were a lot of good games which were not seen as good games before that. I got told that, I didn’t realise it, so thank God somebody told me so I could help him maybe a little bit to judge these things right.”

With fixtures approaching thick and fast, including a trip to Wolves this evening, Klopp will be hoping Henderson can maintain this excellent form, as the Merseyside club seek to continue their astonishing unbeaten run and make Premier League history by going 50 games undefeated.

Klopp has admitted that he has ignored public criticism for the player in the past, and he sees beyond the tangibles when assessing the ex-Wearside man’s contribution.

“With Jordan, I don’t read newspapers, but I heard that people were not happy with this or this or this and I could then react to that,” Klopp continued. “It’s important that I can say I’m completely happy with the performance even when the public perception is different – you get grades that look like you weren’t really relevant on the pitch and if I see it differently, then I tell it to the players. I know exactly what was expected so it’s the more important feedback. If you fulfilled that job, it’s good.

“If he scores two goals, but other things went wrong for example, then I would tell him as well. That’s what a coach does. I need to know about these things so I can work with it.”

Henderson remains on course to be the first Liverpool captain to lift the league title in 30 years, in addition to having lifted the UEFA Champions League, Super Cup and Club World Cup in the last 12 months and Klopp believes his experience of winning Europes top prize will have ‘helped’.

“That helped for sure,” Klopp added. “No one can take that away from him. I had a similar situation with Sebastian Kehl at Dortmund. He became the only captain in the history of the club to lift the Bundesliga trophy and the cup trophy cause we won the double. That stays forever and that’s cool.

“But those are the nice moments. There are a lot of moments around for a skipper where you have to do a lot of things you probably didn’t expect before you got the armband. But he feels comfortable in the situation and gets sensational help from James Milner, Adam Lallana, Gini Wijnaldum and Virgil van Dijk. We have these very experienced players who work very well together. Alone as a captain in the team you have no chance. If you have the right players around you, it makes the job much easier.”