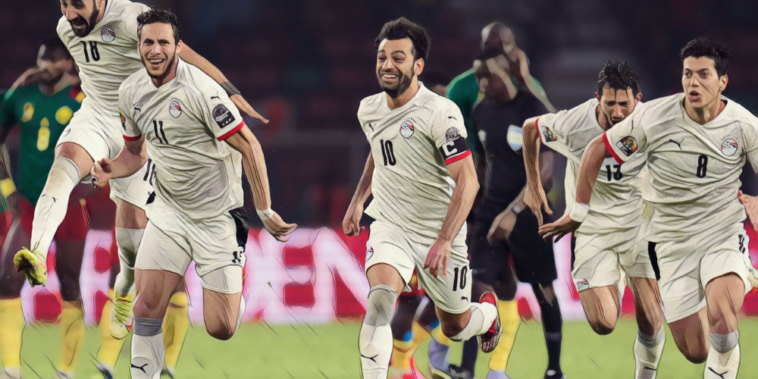 Jurgen Klopp says he is delighted for Mohamed Salah and Sadio Mane after the Liverpool duo reached the final of the Africa Cup of Nations.

The forwards will face off on opposite sides as Senegal meet Egypt in Sunday’s showpiece, with the two having been in impressive form for their nations throughout the tournament.

Speaking ahead of the club’s FA Cup fourth round fixture with Cardiff tomorrow, Klopp says he will be a keen watcher of this weekend’s final as the Liverpool stars go head-to-head, expressing his delight at the success of the duo on international duty over the past month.

“We’ve followed it pretty closely. It is a great achievement,” Klopp said at his pre-match press conference. “Naby [Keita] played an exceptional tournament as well.

“It will be exciting on Sunday. One will be really happy after, the other much less so. They both have the chance to achieve something big.

“All the experience the boys get in this helps us. It’s impressive to see. It’s important you get through these things. It’s difficult to get that far. The pressure on their shoulders was massive. We will watch it definitely.”

Klopp added that he is hopeful that Mane and Salah can be available for Liverpool’s next Premier League fixture, with the Reds scheduled to face Leicester on February 10 – four days after the AFCON final.

“I think they will be available but we will see,” he said. “Tuesday or Wednesday latest the winner will be back, the other slightly earlier. I have to talk to them. They have rhythm as played quite a few games!”