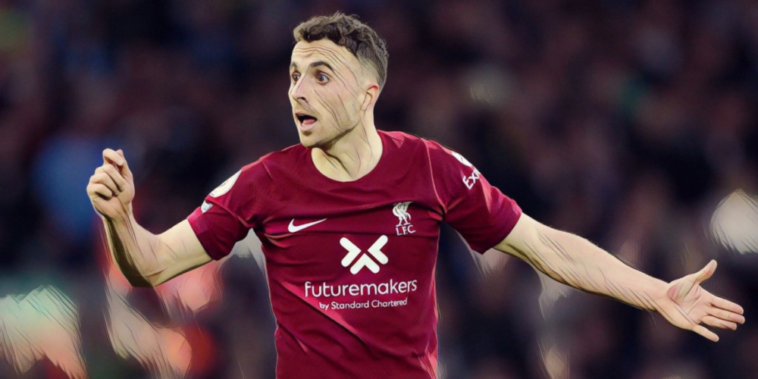 Jurgen Klopp has confirmed that Diogo Jota will miss the upcoming World Cup after sustaining a ‘serious injury’ during the club’s win over Manchester City.

Jota was substituted in stoppage-time of the 1-0 win at Anfield on Sunday, with the forward leaving the pitch on a stretcher to raise concerns over his World Cup place.

Klopp has now confirmed that the 25-year-old is facing an extended spell on the sidelines with a calf problem and will not form part of the Portugal squad for the tournament, which begins next month in Qatar.

Speaking at his pre-match press conference ahead of Liverpool’s clash with West Ham on Wednesday evening, Klopp said: “Really not good news, yes he will miss the World Cup.

“Pretty serious injury in the calf muscle and now the process starts. That’s it pretty much.

After such a good night at Anfield mine ended in the worst way ! In the last minute one of my dreams collapsed 💔
I will be one more supporting from the outside, club and country, and fighting to be back as soon as possible 🙏
You'll Never Walk Alone pic.twitter.com/gKssZSnLZ1

“All the rest will now follow in the next few days. Very sad news for the boy, for us as well and for Portugal.”

“We’re talking about months. I don’t want to put a number on it because I hope in the rehab there is a positive development but it will be long.

“It’s Diogo and he is surprisingly ok so far. He is an incredibly smart boy and I think he knew it when they carried him off the pitch.

“When I came out we passed each other after the game and he explained what happened. In that moment he knew it was a serious one that could be pretty impactful for his World Cup dreams.”

Jota joins Luis Diaz on the sidelines at Liverpool, with the latter not expected to return until after the break for the World Cup. Naby Keita and Arthur Melo remain long-term absentees, though tehre is more positive news on Alex Oxlade-Chamberlain who returned to first-team training last week.