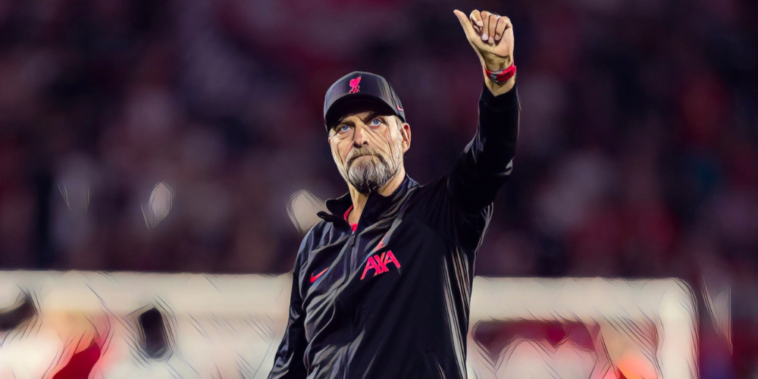 Jurgen Klopp has said that Liverpool’s clash with Southampton is the club’s ‘World Cup’ and has refuted suggestions his squad will have one eye on Qatar.

Liverpool host the Saints at Anfield tomorrow in the final round of Premier League fixtures before the winter World Cup.

National sides have began to name their squads for the tournament that will begin next weekend, but Klopp insists the focus for Liverpool is on ensuring three points in the Premier League before the season’s break.

“They are professional. The boys play the game like they play the game all the time,” said Klopp at his pre-match press conference.

“They will be focused. If you go to the World Cup, and you think you’ve made it with a deep breath, but then you get injured in the first game. I’m not sure which is the bigger disappointment.

“To perform at the highest level you have to think about what you are doing in the moment and you can not think about the next possible thing, whatever that is.

“We changed a lot in the week and we had a session yesterday and they all looked buzzing. The Southampton game is our World Cup, if you like.”

Klopp spoke on Trent Alexander-Arnold’s inclusion in the England squad, with the right-back having been criticised for his form this season. The 23-year-old did not feature during September’s international fixtures, but has been included as part of Gareth Southgate’s 26-man squad.

“We couldn’t be sure about who would get called up,” Klopp said.

“We were confident on Hendo [Jordan Henderson], but for Trent [Alexander-Arnold] it’s nice. It’s a big tournament, it’s what every player dreams of and he was very pleased about the news. I am very happy about him.

“I have no idea who will win it. I could put some pressure on Brazil but I really have no idea!”