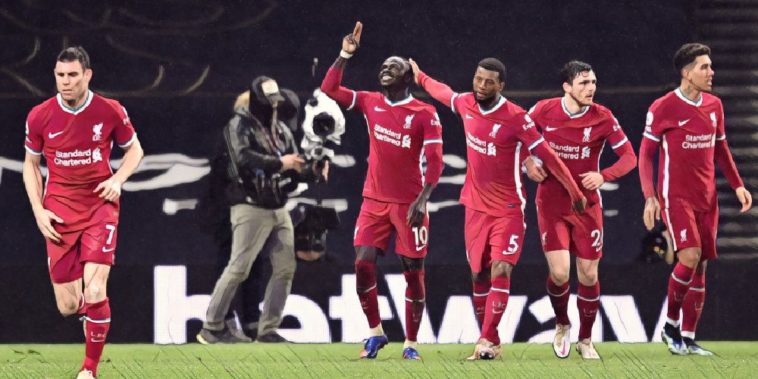 Jurgen Klopp is hoping Liverpool’s front three can ‘build on’ their recent performances after the trio were all back amongst the goals over the past week.

Liverpool have struggled for goals in recent fixtures and had failed to score in their past four league fixtures before a 3-1 win at Tottenham on Thursday, with Sadio Mane and Roberto Firmino both on the scoresheet in north London.

It was an encouraging attacking display from the champions who looked much improved from recent showings, dominating for large periods to move back into the Premier League’s top four.

Mane and Firmino’s goals followed Mohamed Salah’s double in the FA Cup fourth round defeat at Manchester United last weekend and Klopp is hopeful his forwards can now ‘build on’ their recent displays.

Liverpool travel to face West Ham this weekend in a difficult-looking clash at the London Stadium and the Reds boss has urged his side to build on the momentum of their win at Spurs as they look to close the gap to league leaders Manchester City.

‘After the game I mixed it up a little bit when I spoke that the front three scored. It’s right but it’s not right as well,’ Klopp told his pre-match press conference.

‘I forgot for a moment that Mo’s goal, which was a really nice goal, was disallowed. It’s good. The right people scored the goals in the last two games, let me say it like this. It helps really.

‘Trent [Alexander-Arnold] set a goal up and scored one himself, so was really helpful as well. We speak a lot about it and spoke a lot about the scoring record in recent times.

‘We knew it, we tried to change it for last night and we could change it. Now let’s try to build on it.’