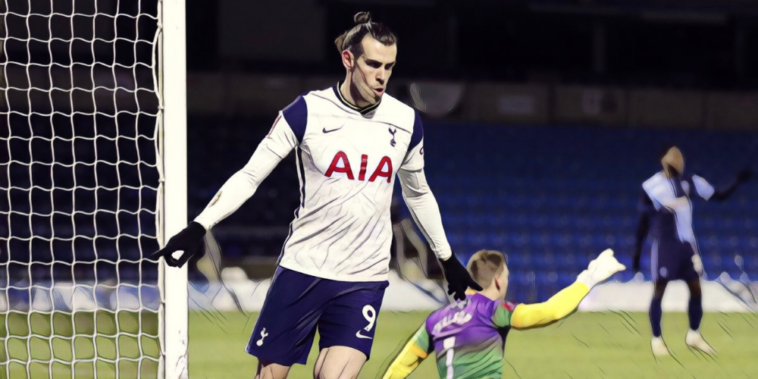 Jose Mourinho has dismissed the idea of Gareth Bale replacing Harry Kane at centre-forward, after the striker sustained an ankle injury in the 3-1 defeat to Liverpool.

Kane was substituted during the defeat to the Reds after sustaining injuries to both ankles, initially receiving treatment following a challenge from Thiago Alcantara before being substituted after falling awkwardly from a later challenge.

The England captain has been plagued by ankle injuries in recent seasons and the club are awaiting the extent of his latest problem, a significant spell out set to be a huge blow for Spurs with the forward having scored 12 goals and provided 11 assists so far this season.

Mourinho secured the signing of Carlos Vinicius on loan as cover for the the 27-year-old this season, whilst fellow summer arrival Gareth Bale has been suggested as an alternative with the star having played as a central striker for Wales.

Bale’s second spell at Spurs is yet to ignite with the Welshman having started just once in the league, though he has scored three goals in eight starts across appearances in cup competition.

Mourinho, however, has dismissed the idea of using Bale as a direct replacement for Kane and says the 31-year-old’s preferred position is playing from the right-hand side of the attack.

Mourinho says Bale, who is on a season loan from Real Madrid, has made clear that he prefers to play on the right wing.

“The position that he likes to play is the position where we are playing him every minute we give him, which is the right side of the attack. So when Gareth plays starting or coming from the bench, that’s his position in our game.”

Read – Friday Quiz: How well do you remember the week’s biggest football stories?