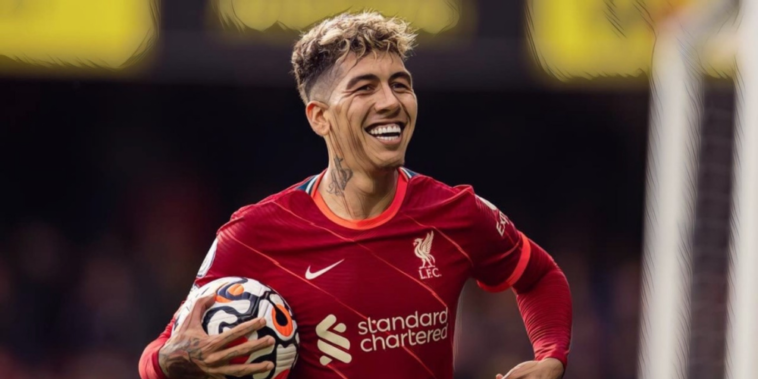 Former Manchester United midfielder Kleberson believes Roberto Firmino ‘would be a good signing’ for his old club and says the Liverpool forward is suited to the Red Devils.

Manchester United are believed to be in the market for a centre-forward this summer and have been linked with several names, though the club’s former midfielder has offered up a shock suggestion ahead of the summer window.

No player has crossed directly between the two rivals since Phil Chisnal in 1964, but Kleberson believes Firmino would represent a fine signing for the Red Devils and says his fellow Brazilian is the type of forward who can ‘help release the team’.

The 30-year-old will have just a year remaining on his contract this summer and it remains unclear whether he will be offered a new deal at Liverpool, following the signings of Diogo Jota and Luis Diaz in recent windows.

“For the Brazil national team, he plays higher up, but for Liverpool he’s a bit deeper.

“If Manchester United wanted to make a change, he’s a good player that can help, especially with Marcus Rashford and Jadon Sancho on the wings. Firmino can help those players create space when they’re on the attack.

“That’s the type of player Manchester United should be looking at. A player with Firmino’s quality can help release the team. He’s a great player and he’d be a good fit, and a good signing for Manchester United.”

Despite the endorsement, it seems wildly unlikely that United would make an approach, or that Liverpool would sanction a move.