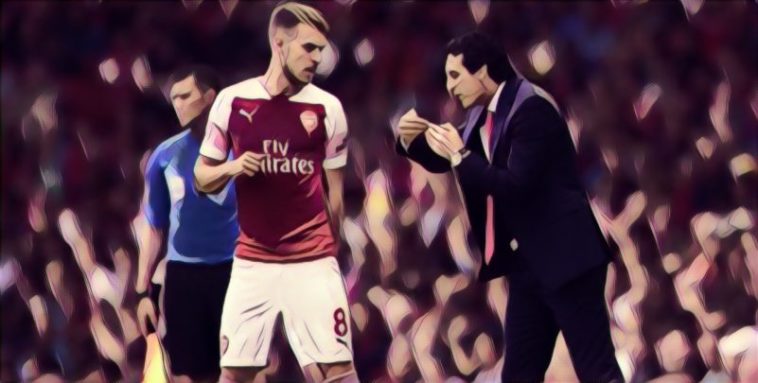 Arsenal legend Martin Keown has claimed that it is ‘astonishing’ his former club are allowing highly-rated midfielder Aaron Ramsey leave the Emirates at the end of the season.

The Wales international is Arsenal‘s longest-serving player, having moved to the Emirates from Cardiff City in 2008, and twice scored the winning goal in the FA Cup final for the Gunners.

However, Arsenal rescinded their offer of a new contract several months ago, with the Wales international allegedly looking for a similar type of financial package as the clubs top earner, Mesut Ozil.

Ramsey is widely expected to join Serie A side Juventus when his contract expires and Keown reckons it is a mistake allowing the 27-year-old depart.

“If Arsenal are admitting they are only able to sign loan players, then it is staggering that they are happy to let one of their prize assets leave for nothing,” Keown told the Daily Mail.

“Juventus looks the most likely destination for Aaron Ramsey when his contract runs out at the end of the season. The Italian champions must be rubbing their hands together.

“All day on Thursday, sports channels were showing Ramsey’s highlights reel. This is a player who has scored some magnificent goals.

“In October he rounded off a flowing team move against Fulham which had fans singing: ‘We’ve got our Arsenal back.’

“Ramsey has conducted himself with great dignity this season but it is astonishing that Arsenal, a powerhouse in the English game, could not put together a package to keep him.

“The team are still formidable going forward. Pierre-Emerick Aubameyang and Alexandre Lacazette are good enough to grace any team in the Premier League’s top six.

“But the £100million spent to sign those players last season and hefty wages given to other star players has led to this situation.

“Unai Emery must look at his back line – where they are short at centre half – and wish he could bring in reinforcements. After all, Arsenal are only three points off the top four.’

“Emery is finding that decisions made before he arrived have left him with his hands tied.”