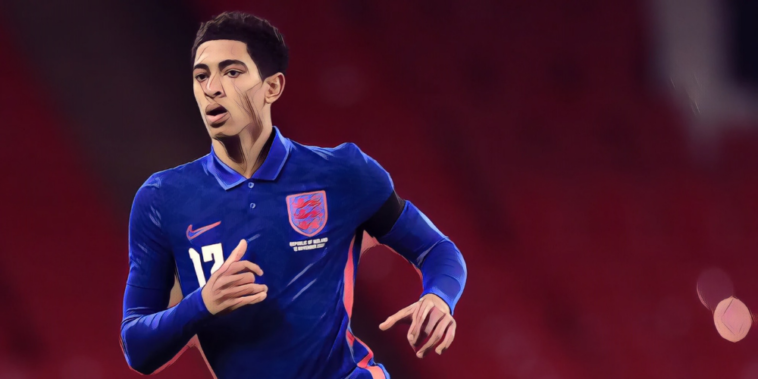 Roy Keane has labelled Jude Bellingham as a ‘complete midfielder’ following the teenager’s cameo in England’s 5-0 win over San Marino.

Bellingham impressed after coming off the substitutes’ bench as England’s World Cup qualification campaign began in comfortable fashion against the minnows, the teenager producing a confident display in only his second appearance for the senior side.

The 17-year-old became the third-youngest international in the Three Lions’ history when making his debut for Gareth Southgate’s side in November and has won rave reviews for his performances during an encouraging debut season with Borussia Dortmund.

Bellingham was an imposing figure in the centre of the pitch and showcased his full repertoire of attacking talents, coming close to becoming England’s youngest goalscorer of all time.

The teenager’s showing made an impression on former Manchester United captain Keane who believes Bellingham is the ‘complete’ midfield package, the starlet’s showing boosting his chances of cementing a place in Southgate’s squad ahead of this summer’s European Championship.

Competitive debut and 3 points to kick off our qualifying campaign.💪🏽 pic.twitter.com/x8pwB2THVM

“He’ll be disappointed with missing the chance, but at 17 he has nice composure, happy to break forward, very good night’s work.

“He will be disappointed with the chance, he tries to complicate it when he should just side-foot it.”