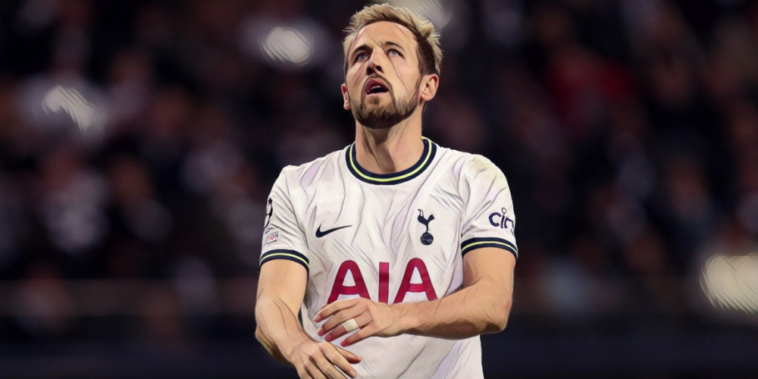 Harry Kane says Tottenham want to put their stamp on their Champions League group as the club prepare to face Eintracht Frankfurt.

Spurs take on the Bundesliga side with Group D evenly poised after three rounds of fixtures, with just three points separating the four teams. Antonio Conte’s side are second, ahead of this week’s opponents Frankfurt on goal difference.

Spurs were wasteful during a goalless draw with Frankfurt in Germany last week and Kane has now failed to score in three Champions League appearances this season.

Speaking ahead of the clash, the 29-year-old admits the club’s campaign is at a ‘key stage’ and says Spurs must secure a positive result as the north Londoners look to put their stamp on the group.

“It is at a key stage of the group and is a big game,” Kane told a pre-match press conference.

“We’ve spoken about how important it is to win if we are going to put our stamp on this group. I want to score in every game, and I’ll be trying my best to do that and help the team.

“I’ve been disappointed not to get on the scoresheet so far. Hopefully, I can turn that around.”

Kane discussed the changes at Spurs since Conte’s arrival as manager, with the Italian approaching the first anniversary of his appointment.

The England captain believes much has changed at the club under Conte, but insisted there is ‘room to improve in all departments’ under a ‘top coach’.

“It has changed a lot. We have really tried to change the mentality of the club, not just the players. I think we’ve had a good impact on that.

“We still have room to improve in all departments. Antonio is a top coach. We’ve worked a lot tactically and physically. We are growing into mature players but we have to prove that on the pitch and show it in games like tomorrow when the pressure is on.”