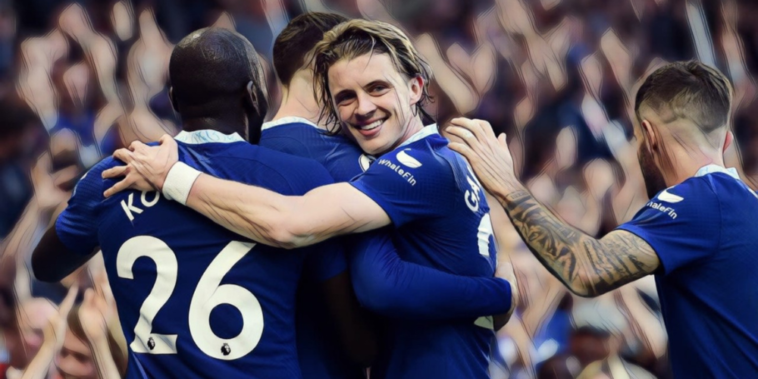 Ahead of Matchday four of this season’s Champions League group stage, we look at five talking points.

Manchester City can secure their place in the Champions League’s knockout rounds with a win in Copenhagen on Tuesday, with victory set to earn Pep Guardiola’s side a place in the last 16 with two games to spare.

Given the unprecedented congestion created by a mid-season World Cup, an early passage to the next stage could prove precious for Guardiola as he looks to ensure his team remain firing on all cylinders.

It’s now six straight wins for City in all competitions, and the Premier League champions appear to be a team approaching top gear. City have scored 15 goals across their past three games and will be expected to make light work of a Copenhagen team thrashed 5-0 at the Etihad just a week ago.

The Citizens – who boast a perfect record to sit top of Group G – could have one eye on Sunday’s trip to Anfield, but should have enough to navigate their place into the knockout rounds. With the likes of John Stones, Kyle Walker and Kalvin Phillips currently missing, progress with games to spare will allow Guardiola to rest key figures and blood young talent in the remaining fixtures. The likes of Julian Alvarez and Cole Palmer are among those who could benefit.

Gallagher can build on Blues’ progress

After a sticky start to his return to Chelsea this season, there have been positive signs from Conor Gallagher in recent weeks.

The midfielder produced his best performance of the campaign as Chelsea beat Wolves at the weekend, following on from his late winner at Crystal Palace with an all-action performance at Stamford Bridge.

The 22-year-old had struggled in a midfield two under Thomas Tuchel, but excelled from a roving role on the right at the weekend. His delivery was excellent, but it is the intensity of his football where the Cobham graduate excels. Gallagher’s best work often comes without the ball, with his boundless energy a weapon for Chelsea as either a lead of the press or as a late forward runner to break open defences.

Having missed out on a place in the England squad in September, the encouraging flashes of Gallagher’s best have been timely with the World Cup fast approaching. He will hope to nail down a regular role in Graham Potter’s plans, starting with the trip to face AC Milan on Tuesday. He has featured for just 34 minutes in the Champions League this season and strong performances in Europe will only enhance his claim for involvement for both club and country.

Antonio Conte will no doubt have been pleased when the Champions League draw was made in August, as Spurs managed to avoid the traditional heavyweights of Europe’s elite.

Three games in, however, and Group D is among the most evenly poised in the competition. Just three points separate the four teams ahead of Matchday 4, a round of fixtures which could prove decisive in the race for qualification.

Spurs take on Eintracht Frankfurt in north London, having been held to a goalless draw in the reverse meeting last week. Conte’s team were the better side in Germany, but an inability to find the net has plagued Spurs during their European campaign to date. Richarlison’s late double against 10-man Marseille are the only goals Spurs have managed in Europe so far, and their lacklustre attacking performances must improve if progress is to be achieved.

Much could depend on which version of Frankfurt turns up. The Bundesliga side have struggled for consistency this season and have had a number of eye-catching results, for both the right and wrong reasons.

Frankfurt were thrashed 3-0 at bottom side VFL Bochum after a second-half collapse at the weekend, just a week after beating league leaders Union Berlin. Their two clashes with fellow Champions League qualifiers Bayern Munich and RB Leipzig have ended in a 6-1 defeat and 4-0 win respectively.

Jurgen Klopp must be having sleepless nights right now. Liverpool’s spluttering start to the season has come as a surprise to many, but perhaps to Klopp more than anyone.

Issues with his side are not in short supply and Klopp must feel he is attempting to put out forest fires with a water pistol at present. Trent Alexander-Arnold continues to struggle. Virgil van Dijk looks a pale imitation of his past self. Mohamed Salah has scored just twice in eight league games this season. And now, Luis Diaz is injured.

Add in a midfield that looks aged and leggy and it’s a recipe for sharp decline. Defeat at Arsenal at the weekend left Liverpool 14 points behind the leaders and the club’s hopes of a title challenge appear increasingly unrealistic.

Liverpool are closer to the relegation zone than the Champions League places and face Man City next 📉 pic.twitter.com/T5GLAfq73b

As early as October, much already hinges on Champions League progression and Liverpool travel to Rangers on Wednesday with little room for error. The Reds made light work of Rangers on home soil last week, but a trip to Ibrox will pose a different test.

In what will be the first competitive meeting between the teams on Scottish soil, Ibrox is set to be a ferocious cauldron of noise as the home crowd gear up for a Battle of Britain in the Champions League. Despite struggling to be competitive in the competition so far, Rangers will take on a must-win mentality this week and will hope to rediscover the form that saw the likes of Borussia Dortmund and RB Leipzig beaten in Europe last season.

The home crowd will be ready to pounce on any signs of low confidence from the visitors.

Club Brugge have been one of the stories of the season so far in the Champions League, with the Belgian side top of Group B with a perfect record of three wins from three.

Carl Hoefkens’s side began the campaign as rank outsiders to reach the last 16 and have not qualified for the knockout rounds of Europe’s elite competition in the Champions League era.

Brugge, however, have built with a focus on emerging talent in recent seasons. The likes of Arnaut Danjuma, Odilon Kossounou and Charles De Ketelaere are among those to have been developed before departing for large sums to major European leagues in recent windows.

Ferran Jutgla could be the latest name to use Brugge as a stepping stone following a brilliant start to his career with the club.

The 23-year-old left Barcelona during the summer having made just nine senior appearances for the Spanish side, but could earn a move back to a major club following his form this season. Jutgla – a bargain purchase at just €5m – has eight goals and five assists in just 11 starts for Club Brugge and has been outstanding during their Champions League campaign to date.

He has recorded two goals and two assists during wins over Bayer Leverkusen, Porto and Atletico Madrid, form which has reportedly attracted the attention of Arsenal.