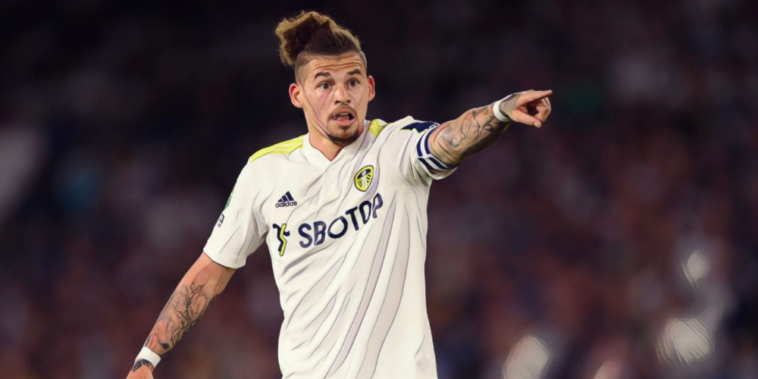 Kalvin Phillips has told Leeds he wants to leave the club this summer and join Manchester City.

Phillips has emerged as a transfer target for the Premier League champions who are in the market for a replacement for Fernandinho. The England international is understood to be keen on the move and has reportedly informed Leeds of his desire to leave.

Football Insider are reporting that the 26-year-old has told Leeds of his desire to sign for City and a fee of around £50m has been mooted.

Phillips came through the academy ranks at Leeds and has been a prominent figure in the club’s return to the Premier League, breaking into the England squad and starring during the Three Lions run to the final of Euro 2020.

The midfielder was named as England’s Player of the Year for 2021 and is now keen to test himself at Champions League level.

Phillips endured an injury-hit campaign in 2021/22 and made just 18 league starts for Leeds, who narrowly survived relegation after a disappointing season at Elland Road.

Newcastle, Aston Villa, West Ham and Manchester United have all also been linked with a move to the midfielder.