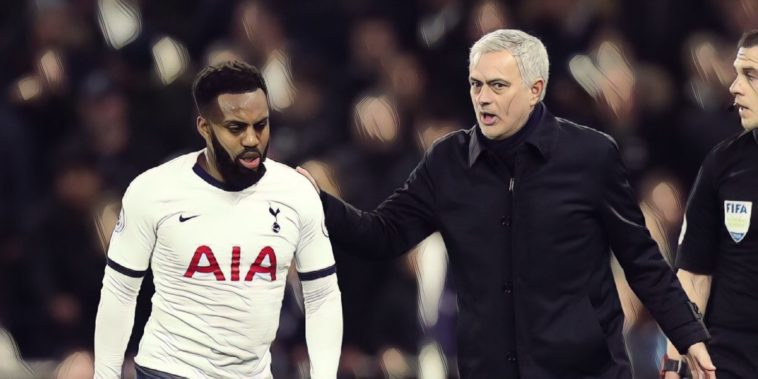 Tottenham manager Jose Mourinho has apparently been involved in a training ground ‘bust-up’ with Danny Rose following his decision to leave the left-back out of Saturday’s draw at Watford.

The England international was not included in the matchday squad for the weekend’s goalless draw at Vicarage Road and is believed to have sought answers from the Spurs boss, Mourinho saying that Rose was omitted due to a back injury, leaving him not at full fitness.

According to the Daily Mail, Rose took issue with the decision and believed he was fit to play, the two becoming embroiled in a ‘heated exchange’ during Sunday’s warm-down session at the club’s training ground.

Following the incident, Rose returned to training as normal on Monday, though Mourinho is said to have taken the full-back to one side in a bid to listen to the 29-year-old’s frustrations and quash the situation.

Rose’s future has been a constant source of speculation over recent years and he came close to leaving the north London club last summer, the defender having criticised the club’s recruitment policy in recent windows and was made available for transfer – Watford and Bundesliga side Schalke amongst those linked with a move.

The former Leeds star’s future remains in doubt despite making 16 appearances in all competitions so far this season, though Rose has spoken of his intention to see out the remainder of his contract that runs until summer 2021.

See also – The best Premier League stats from gameweek 23: Liverpool on the Virg of glory