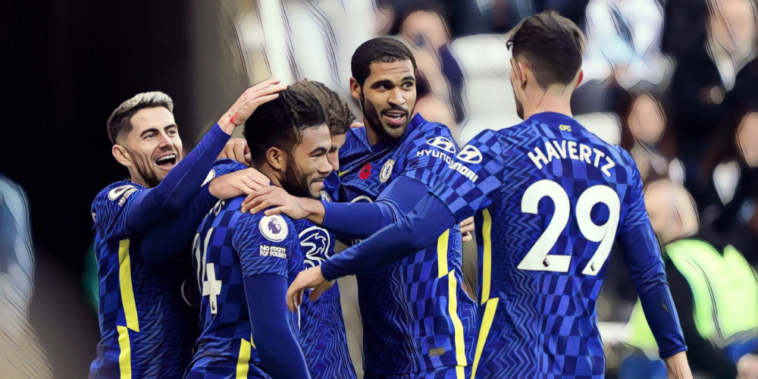 Jorginho has highlighted Chelsea’s new-found ‘focus’ under Thomas Tuchel as the club extended their lead at the top of the Premier League at Newcastle.

Chelsea moved further clear at the top of the division after securing a 3-0 win at St James’ Park this weekend, with Reece James scoring twice for the European champions before Jorginho’s penalty sealed the win.

Tuchel’s side are now three points clear of nearest challengers Liverpool and five ahead of Manchester City, both sides dropping points this weekend in a positive round of results for the west Londoners.

Jorginho has discussed Chelsea’s progress under Tuchel and insists his side are taking their title challenge one game at a time, underlining an improved focus from the Blues.

“It feels good that we won here because we need to look at ourselves and not have a focus on the other teams,” he told the Chelsea website .

“We have a focus just on us, what we have to do and what we are doing because if we keep working like this, keep pushing and putting the group first then we can have the results we want. Then we will see at the end of the season what can happen.

“We need to try to win every single game and not drop points in these kind of games. Maybe we missed that in the last two or three years.”

Jorginho reflected on his side’s latest win at Newcastle and said Chelsea needed to be patient as they sought to break down the home side’s deep-lying defence.

“It was hard because they were defending well and there wasn’t much space to find a pass or to run with the ball,” he said.

“They were defending very well with all 11 players in 20 or 25 metres but we kept pushing, we kept pressing and counter-pressing when we lost the ball, and we had control of the whole game, which is what we tried to do.

“To not allow Newcastle to have a counter-attack here in their stadium is not easy and we did that so I think we did a good job.”

Chelsea were made to work against the Magpies and their lead came after the hour as James lashed home his first goal of the game, with Jorginho revealing that a slight tactical change from Tuchel was behind the Blues’ eventual breakthrough.

“In the second half, the coach did a little change tactically in the offensive phase and it helped us on the pitch to find more solutions,” he added.