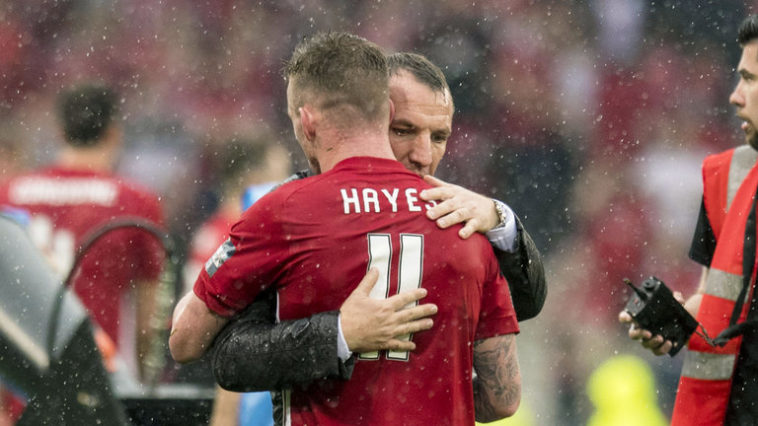 Aberdeen winger Jonny Hayes, is a wanted man. The Republic of Ireland international is on the radar as both Caridff City and Nottingham Forest are being linked with the 29 year-old.

According to Sky Sports Cardiff City have made a £1.2m bid for Jonny Haynes. In addition to this, Nottingham Forest have also been linked with a move for the 29 year-old, according to the Nottingham Post.

However at this point, Sky Sports have acknowledged that Nottingham Forest are yet to make a bid.

It has also been reported by Sky Sports, that SPL Champions Celtic have made a similar mI’ve for Haynes. As the bid has been reported to also be £1.2m, thus matching Cardiff City’s bid.

Back in January, Cardiff City had reportedly made two unsuccessful bids for Jonny Haynes. The Irishman then signed a new three year contract following the January Transfer Window, keeping him at Aberdeen until 2019.

Last season Haynes delivered one of his best domestic campaigns. He made 43 appearances and scored 10 goals for Aberdeen. He contributed to a very steady campaign for the Dons, as they finished runners-up in the SPL, despite ultimately finishing 30 points behind champions Celtic.

Jonny Haynes is no stranger to the Championship. After beginning his career at Reading, he also made a handful of appearances for Leicester City, during the 2007/08 season.

Cardiff City manager Neil Warnock has already added names to his squad, ahead of the forthcoming season. The Bluebirds manager shall no doubt look to add to that list. The addition of Jonny Haynes would certainly be a healthy one, as he has all the relevant experience to add to Warnock’s side.

As for Nottingham Forest, they are also vying for the Irishman’s services. Manager Mark Warburton shall also be desperate to make additions to his current squad. Furthermore he may look to bring in some experienced players, as Jonny Haynes potentially ticks all of Warbutons boxes.

The Irish winger turns 30 next month. Despite any queries over his age, perhaps Haynes is hitting the peak of his career. In contrast to his early career years, he has been a regular starter in Scotland for the past few seasons.

Overall he would make a good addition to most Championship sides. He has a decent crossing ability along with pace within his arsenal. Furthermore he also boasts a good work-rate, something that never goes a miss.