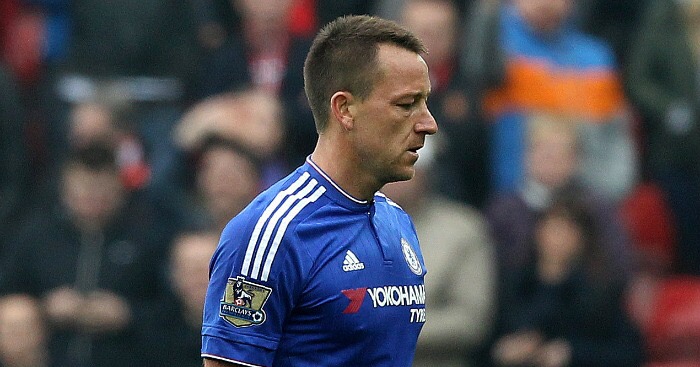 Long standing Chelsea captain has been offered a big money deal by Bournemouth to stay in the Premier League.

Terry confirmed that he will finally be leaving the club this summer after falling down the pecking order at Stamford Bridge, and had been linked with a move to the Chinese Super League.

However the Mirror claims that Eddie Howe has offered the former England captain a big money two-year contract of £130,000-a-week plus a massive signing on fee to move to the Vitality stadium.

Bournemouth have secured their third straight campaign in the Premier League, and have even achieved a record points haul with one game to go with a 2-1 victory over Burnley on Saturday.

The article also claims that The Cherries have also offered terms to Sunderland striker Jermain Defoe, who will also be leaving the club on a free transfer after the Black Cats relegation.

Is John Terry still good enough to play in the Premier League? Would Bournemouth be a good move for the ex-England skipper? Leave us a comment below