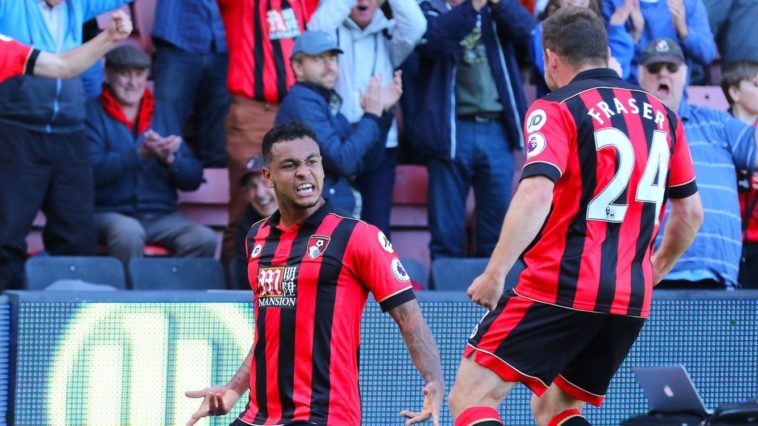 Burnley slumped to yet another away defeat, this time at the hands of Bournemouth, who brushed them aside in a convincing 2-1 victory for the Cherries.

Defeat means Burnley still aren’t mathematically safe, but that could change on Sunday, as Hull take on Crystal Palace.

In truth, it was a game of relatively few chances, with Bournemouth just shading early proceedings.

The first chance of the match resulted in the opening goal, when on 25 minutes, Stanislas fired past Tom Heaton.

A long, measured ball forward from Lewis Cook found the ex-Burnley winger, who made no mistake from 18-yards, stroking the ball past the Clarets keeper on his weaker left foot.

Burnley went close to hitting straight back, when Scott Arfield found a pocket of space on the edge of the box, but his low, left footed drive drifted just wide of the post.

The Canadian was then gifted another gilt-edged opportunity, and he again fluffed his lines.

A miscued shot from Ashley Barnes fell to the feet of Arfield inside the box, but after a poor first touch, he couldn’t beat Artur Boruc. A huge chance wasted.

Sean Dyche changed things at half time, bringing on Andre Gray, but the change didn’t have the desired affect, and Bournemouth regained the initiative in the game.

Another chance fell the way of Arfield just after half time, when he manufactured himself some space on the edge of the area, but his curling, right footed effort flew agonisingly wide of the post.

Lys Mousset was then presented with a golden opportunity to double the Cherries lead.

Josh King’s looping cross was met by the Frenchman, but his header was straight down the throat of Heaton.

A rare foray in the Bournemouth half then resulted in a Burnley equaliser.

Substitute, Johann Berg Gudmundsson, picked the ball up on the right and floated in a terrific ball, which was helped on it’s way by Sam Vokes, and the Welshman’s header nestled in the corner of Boruc’s net.

Burnley’s joy was short-lived though, and Bournemouth hit back almost instantaneously, when Josh King got goal side of James Tarkowski in the box, before slotting through the legs of Heaton, sealing all three points for the Cherries.

For Bournemouth, a record Premier League points tally with a game to spare, and Eddie Howe will be delighted with how the season has gone so far. Bournemouth were more than worthy of all three points today, and had they picked up just one, Howe would have had reason to feel aggrieved.

A bad day at the office for Burnley. Nothing really went right for them and in the end, they were fortunate that they stayed in the game as long as they did. The defeat doesn’t do much for Burnley, and their safety could be mathematically confirmed tomorrow, although the moment, it is highly unlikely they will go down anyway.