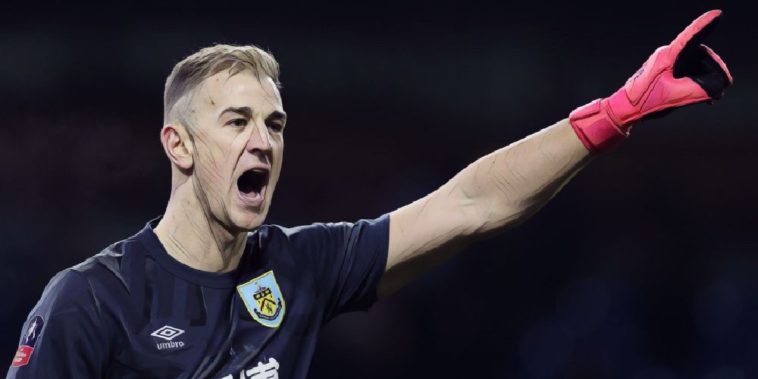 Tottenham are interested in signing Joe Hart on a free transfer as the club seek to strengthen their goalkeeping options ahead of next season.

Hart is currently without a club after leaving Burnley at the expiry of his contract, failing to make a single Premier League appearance last season following a fine season by Nick Pope, the England international finishing second in the race for the Golden Glove after registering 15 clean sheets for the Clarets.

The goalkeeper – who has won 75 caps for England – has seen his career take a steep downturn since being forced out of Manchester City by Pep Guardiola, spells at Torino, West Ham and Burnley having failed to see him rediscover the form that saw Hart win two Premier League titles and a joint-record four Golden Glove accolades at the Etihad.

According to the Telegraph, however, Spurs are now closing in on a shock deal to sign the 33-year-old, with Jose Mourinho keen to add depth to his goalkeeping options following the departure of veteran Michel Vorm.

Hart’s experience and, crucially, homegrown status make him an attractive addition for the north London side, who currently face the prospect of naming reduced squads in the Premier League and Europa League amid a lack of homegrown players.

The goalkeeper’s arrival will help boost Mourinho’s domestic quota and he will join club captain Hugo Lloris and Paulo Gazzaniga amongst Spurs’ goalkeeping ranks, Hart closing in on a two-year deal to move to the Tottenham Hotspur Stadium.