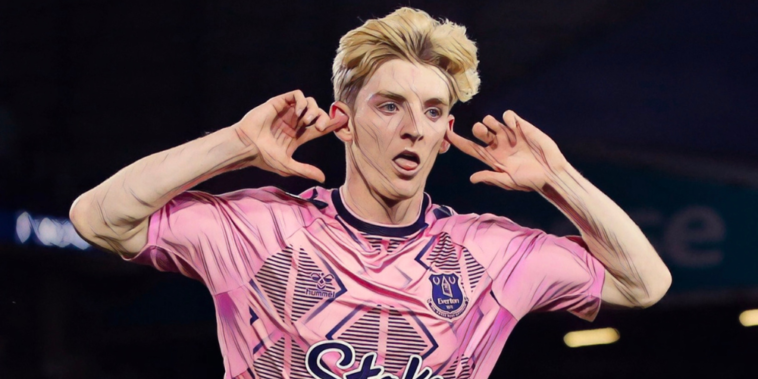 Frank Lampard insists Anthony Gordon will remain at Everton this summer, amid interest from Chelsea in the winger.

Gordon has been subject of an approach from Chelsea who are interested in securing a deal for the England u21 international before Thursday’s deadline.

The 21-year-old scored for the second successive game as Everton drew 1-1 with Leeds on Tuesday evening and Lampard has confirmed that further bids for Gordon will not be considered at this late stage of the transfer window.

“Anthony is too important a player,” said Lampard following the draw. “He has showed his worth in the last two games, it is too late. He is going to be special. In the bigger picture, he has an affiliation with the fans. It is a process, can we build around that?

“The interest in him is because he is a top player and why we are so keen to keep him. You saw the reasons why [we think so highly of him] in the last two games. He is our player, he has come through he is a very good player and will get better and better.

“Adding goals is the next step and the hardest step. He is a special player for me. I am delighted.”

Lampard discussed Everton’s own recruitment and hinted that there could be more arrivals before the deadline, but insisted he was ‘not desperate’ for new additions.

“We will see,” he said. “We are not desperate. We know we need to adjust the squad, balance the squad. It has given us a difficult start.”