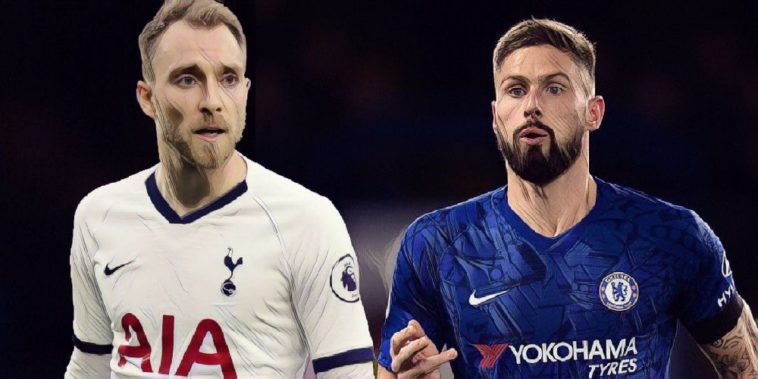 Inter Milan sporting director Piero Ausilio was unable to offer an update after he travelled to London for talks with Chelsea and Tottenham Hotspur, as they look to complete moves for Olivier Giroud and Christian Eriksen.

The Italian giants are believed to have agreed personal terms with both players ahead of potential January transfers, though are yet to agree a fee with either Chelsea or Spurs.

The Guardian have reported that the Milan-side are ‘hopeful’ of signing Giroud having upped their opening offer to €5m, while they are believed to have bid €10m for Eriksen, though despite his trip to London, Ausilio was unable to provide an update on negotiations.

“There are no updates,” Ausilio told reporters at Milan’s Linate airport.

“Are we confident for Giroud and Eriksen? We have confidence in general and not just with those two players, in the work we do and the work the coach and players are doing. This is the most important thing.

“If we can do important things we will.”

Both players are out of contract with their respective clubs in the summer and are free to complete pre-contract agreements with foreign sides this month ahead of a move at the end of the season.

However, Inter appear determined to complete the deals this month in a bid to boost their chances in the Serie A title race, the San Siro based club currently sitting second, two points adrift of champions Juventus.