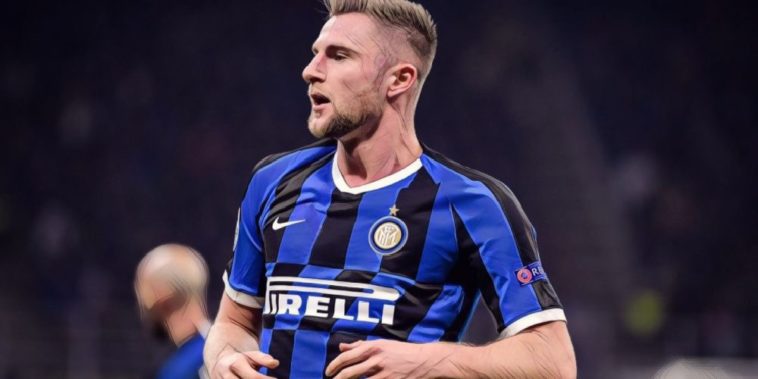 Inter Milan’s sporting director has reaffirmed his stance that reported Tottenham target Milan Skriniar is not for sale, despite Spurs being increasingly linked with a move for the centre-back.

The Slovakian international had emerged as one Europe’s most sought after defenders having impressed at the San Siro, yet has somewhat struggled to adapt to a new style of play under Antonio Conte, the Italian arriving as head coach last summer.

That factor, as well as Jose Mourinho’s desire to land a new centre-back, has lead to rumours that the 25-year-old would make the move to the Tottenham Hotspur Stadium this summer – the North London club having seen Jan Vertonghen depart at the end of the season.

However, amid such rumours, Inter sporting director Piero Ausilio last week confirmed a ‘meeting with Tottenham,’ while outlining the club’s desire to keep their asset having allowed Diego Godin to exit the club earlier this month.

“I will not confirm any negotiations for Skriniar,” Ausilio told DAZN.

“There was a meeting with Tottenham, that is true, but we simply reiterated that Skriniar is not on the transfer market. We’ve already released Diego Godin from the defence and cannot think of losing Skriniar too.”

Ausilio was once again questioned about the centre-back prior to Inter’s 5-2 victory over Benevento on Wednesday evening and again reiterated that the player is ‘not on the market’ and remained confident that Skriniar would be at the club come the end of the transfer window.

“We reiterated that Skriniar is not on the market and no offers have arrived in this sense, rather than reiterating that he will stay here I don’t know what to say,” Ausillio told Sky Sports Italia.

With the window set to close on Monday, it remains to be seen whether any deal can be done to bolster Spurs’ squad, having already brought in Sergio Reguilon, Matt Doherty, Pierre-Emile Hojberg, Joe Hart and the high profile return of Gareth Bale.