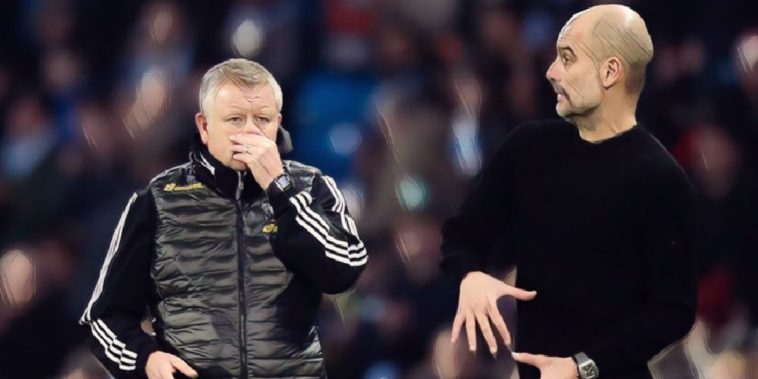 Pep Guardiola has lavished praise on Sheffield United and spoken of his admiration for Chris Wilder, ahead of Manchester City’s trip to Bramall Lane on Tuesday night.

The Premier League champions travel to face the surprise package of the season so far, the Blades having thrived since their promotion from the Championship last season and currently sitting an impressive seventh in the division.

Such has been their success, the South Yorkshire outfit currently sit above the likes of Tottenham and Arsenal, while they are also just six points off the Champions League places following a remarkable return to the top flight.

Man City boss Guardiola admits he has been left hugely impressed by the performances of Wilder and his players and is anticipating a difficult encounter against a side whose playing style has won his admiration.

“I am incredibly impressed [with Sheffield United],” the Catalan said at his pre-match press conference. “When people say you can improve watching other games, other teams and managers, this is the one.

“There is a reason why they are in the position they are. We saw it here a few weeks ago. I admire them, how they play and what they are doing.

“It’s the same manager and a high percentage of the same players they had in League One and the Championship, and now towards the top of the Premier League. I like it. As a manger you see some teams and you can improve. This is the one.”

See also – Premier League Team of the Week for gameweek 23