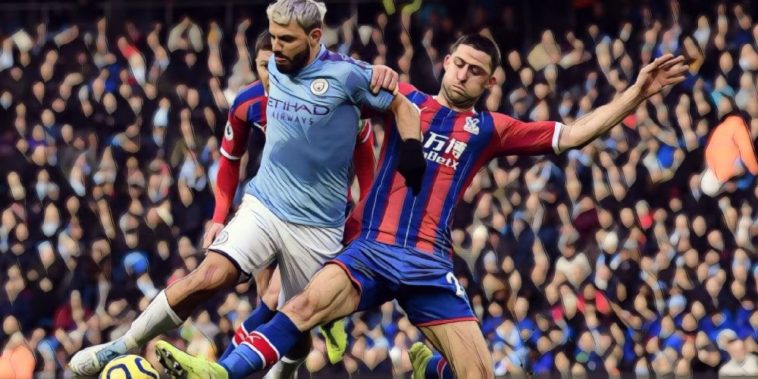 Pep Guardiola admits Manchester City’s 2-2 draw with Crystal Palace is ‘difficult to analyse’ as the Premier League champions dropped points in a pulsating clash at the Etihad.

Roy Hodgson’s visitors would take the lead in surprise fashion through on-loan Everton forward Cenk Tosun, before a frantic finish saw both sides finish with a share of the spoils.

Sergio Aguero thought he had won it after scoring twice in the final ten minutes, only for Fernandinho to inadvertently divert Wilfried Zaha’s 90th-minute cross into his own net to see the Eagles salvage a dramatic point.

The draw is the latest blow to Man City‘s already faint hopes of catching Liverpool in the title race, and Guardiola could not hide his frustration after seeing his side fail to secure the three points.

“It was a tight game and unfortunately we could not win it,” he told BBC’s Match of the Day.

Despite dominating the contest, City failed to make their superiority count, the reigning champions having 25 shots compared to Palace’s five, with Guardiola’s side unsurprisingly having the lions share of possession (72%).

Guardiola revealed he told his side to put more crosses into the box at half-time as they looked for a route back into the game, and admits the fixture was difficult to assess given City’s failure to capitalise on their dominance.

“I told them to keep going. Put more balls into the box and try to control Zaha on the counter-attack.

“It’s difficult to analyse when they shoot one corner have no more chances and we did many times and unfortunately could not win. We take it one game at a time.”