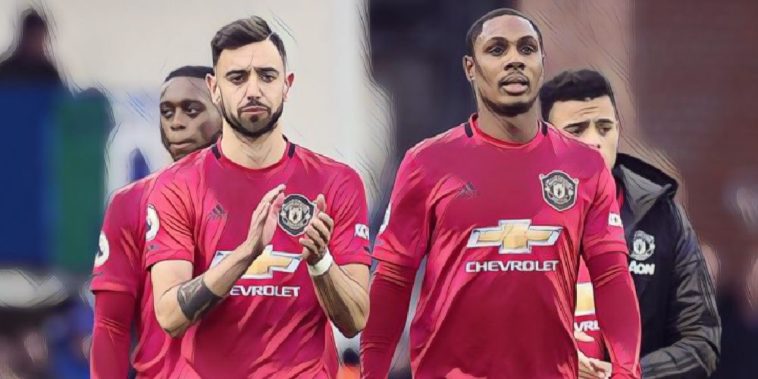 Odion Ighalo has backed Manchester United to be ‘great again’ and says Bruno Fernandes can get ‘even better’ following the midfielder’s impressive start to life at the club.

Fernandes has starred since his mid-season move from Sporting Lisbon, scoring three goals and providing a further four assists in just nine appearances in all competitions for Manchester United.

The Portuguese international’s creativity has quickly established him as a fans’ favourite at Old Trafford and despite his immediate impact, Ighalo – who previously played alongside the 25-year-old at Udinese – insists English football is yet to see the very best of Fernandes.

“Bruno is a fantastic player,” Ighalo said, as per the Metro. “I played with him in 2013/14 at Udinese. We’ve not seen the best of him yet in the Premier League.

“Once Bruno settles down in England you will see what that guy can do. He has vision, he wants the ball always. He can shoot, he can score goals, he is very intelligent.

*Signs for Manchester United on January 30*

*Cleans up all of the February Player of the Month awards*

“Before the ball comes he is a step ahead to know what he wants to do. In times to come, you are going to see what he can do in the Premier League, even better than what he is doing now.”

Ighalo also arrived at the club during the winter window, signing on-loan from Chinese Super League side Shanghai Shenhua and contributing to an upturn of form for the side following a mixed season so far.

Ole Gunnar Solskjaer’s side had produced an improved run of form prior to the suspension of football amid the coronavirus pandemic, registering an 11-game unbeaten record in all competitions including a derby day victory over Manchester City in their most recent fixture.

The Nigerian has confidently predicted United will be ‘great again’, and believes the club’s fortunes will continue to improve following the return from injury of key duo Paul Pogba and Marcus Rashford.

“He [Pogba] is working hard to get back to fitness and imagine when we have Pogba and Bruno in the midfield, then you will see a different team – [Marcus] Rashford coming back also,” he added.

“Manchester United is going to be great again, winning games week in, week out. He’s a great player and it’s going to be a privilege to play with him.”

See also – Tweets of the Week: ‘Greedy’ footballers, the Queen’s Rant, and will the real Kammy please stand up?