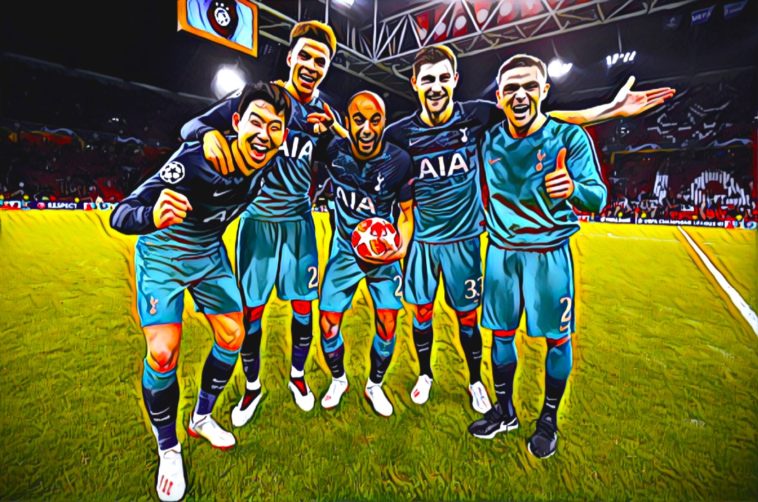 It’s been quite a week of football. Beginning with Manchester United being held to a draw by Huddersfield Town in the Premier League and ending with four teams in two European finals, we have been truly spoiled these past seven days.

Everywhere you looked, English teams were winning so much they got sick of winning.

A week that could only be explained thusly:

But no one will be able to explain this to me:

John Aldridge doesn’t so much commentate as make guttural noises into a microphone.

That had nothing on Glenn Hoddle though, who was almost sent back to hospital by Rio Ferdinand’s gesticulations.

He whacked me 😂😂 I think the term is, scenes! 😎 https://t.co/aDgzqSryDY

On Irish television there was less performative wailing form the pundits, but no less excitement when Spurs staged their comeback against Ajax.

YOU NEED TO WATCH THIS.

Not everyone was as happy as Brian Kerr to see Spurs win though.

"Dear Mr UEFA, there are too many English teams in the Champions League final nowadays. Please eliminate Spurs. P.S. I am not a bitter Arsenal fan." pic.twitter.com/TmESBHniCQ

This Tottenham is going to be having a long conversation with his wife when he gets home:

This Tottenham fan cracks us up! Apologising to his wife ahead of the Champions League final & claiming he may even rob a bank to get there 🤣 pic.twitter.com/ttShWHRBff

If you told me back in 2016 that one of the men in this photo would be a Champions League winner within three years I'd have wanted to know just how much Barcelona paid for Jack Colback. pic.twitter.com/QemIxwocNV

… in the Peter Crouch Derby.

Elsewhere, Hector Bellerin might be having a bad season with injury, but he’s still very excited about Arsenal making the Europa League final.

The proper stuff got underway on Saturday though with the playoffs, where Marcelo Bielsa was encouraging his Leeds United players ahead of the first leg against West Brom.

We usually hate club banter, but this was actually not cringe-inducing from West Brom.

We haven't seen Anfield scenes like that since this day back in 2015. 👀😏

In all seriousness though, @LFC, what an incredible comeback! A special night for English football. Congratulations!#WBA pic.twitter.com/LNZcpYRWry

And they followed it up with this absolute doozy of a burn on Stoke City after the Potters tried to troll Albion after their 1-0 defeat to Leeds.

A few reasons why it was wise to delete this tweet 🙃

Get back to the beach 🏖 pic.twitter.com/aN7H245Ogy

Meanwhile, in the Greatest League in the World.

The42 published this brilliant mini-documentary about the man who sells programmes at St. Patrick’s Athletic’s games.

In Richmond Park there is a small portakabin nestled in the corner between the Main Stand and the West Stand.

The man inside, Pat O'Callaghan, has been selling progammes in Inchicore since the 80s, and has collected football memorabilia from around the world spanning decades. pic.twitter.com/yXULKXPhcI