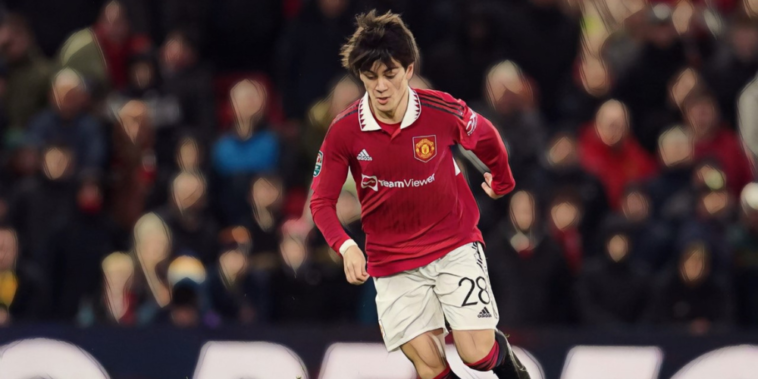 Erik ten Hag has praised Facundo Pellistri and insists he can ‘see a future’ for the winger at Manchester United.

Pellistri made an impressive cameo as Manchester United beat Charlton 3-0 in the EFL Cup quarter-finals, providing an assist for Marcus Rashford to score the second goal at Old Trafford.

The 21-year-old – who made his debut for Uruguay last year and featured for his nation at the 2022 World Cup in Qatar – signed for the Red Devils from Penarol in 2020, but has spent much of the past two seasons on loan at Deportivo Alavés before his long-awaited debut for the club on Tuesday evening.

Ten Hag was impressed with the performance of the winger on his first competitive appearance for the club and insists he can see Pellistri forming a part of his long-term plans.

“I see a future in him,” Ten Hag told his post-match press conference.

”He is doing really well and we have to see what is the best [for him]. He is progressing. Against Everton [in a behind-closed doors friendly], I was really happy with his performance.

“I was happy with his performance at the World Cup so his progress is really good and now he is coming on and has an effect. So that’s the next step that I say: ‘well done Pelli, keep going’.

“I mentioned already Pellistri came on and it was a debut. It was not long but he was really lively, some good actions and also the assist on the second goal.”