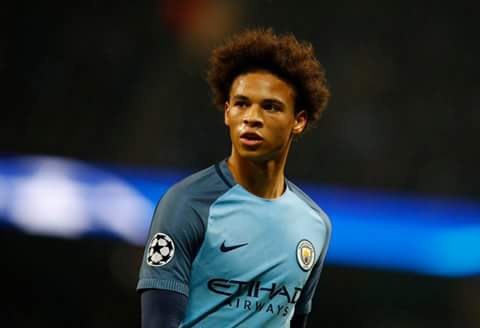 Leroy Sané is enjoying an electric 2017 so far. The young winger’s power, skill, and workrate has contributed to hefty first-eleven playing time for City.

Let’s look at the starlet’s upbringing in Germany as he ascended the footballing ladder on his journey to City’s first team.

Leroy was born into a family of athletes. The son of German gymnast Regina Weber and footballer Souleyman Sané. The two were huge influences on his life:

I played with my father a lot when I was younger…what I have to do better, what were the bad things. They taught me to have fun when I play, they told me all the time to do what I wanted to do. I have the movements from my mother and the speed from my father.

He has one younger brother, Sidi, and one older, Kim, who is also a professional footballer. Sidi is only thirteen but plays in Schalke’s youth system. “Leroy” is derived from Souleyman’s favorite Senegalese national team coach Claude Le Roy.

Growing up in Essen, Germany, he first played youth football in the local football club Wattenscheid at the age of five. When he was ten, he followed in his older brother’s footsteps to FC Schalke 04, a club which would play a crucial role in his development over the next decade.

Quickly ascending the ranks of the Schalke youth system, Leroy enjoyed a three-year spell in the Bayer Leverkusen youth setup, and was deemed ready to play U17 football in 2011, despite being only fifteen. Finally, in July 2015, Sané joined Schalke’s first team, where he made a name for himself in German and World football as one of Europe’s most exciting prospects.

It was during his time in the Schalke first team that Pep Guardiola fully took notice of Sané’s value in one of the manager’s high paced squads.

Playing against Bayern in the 15/16 season, Sané bagged a high class assist to striker Max Meyer. He tirelessly closed down the Bayern midfield and defense. That play was characteristic of his style through the rest of the season—dogged and intense.

Last season, Sané proved that he is the prototypical Guardiola winger. It is safe to say that Bayern would have loved to have signed him. But Douglas Costa, Kingsley Coman, Franck Ribery and Arjen Robben would have kept him off the starting eleven for most games; Sané was wanting a club that could provide both high-level football and the game time and facilities necessary to develop his game.

So when Guardiola called him personally to request his services in Manchester, Sané jumped at the opportunity. It was just what he was looking for:

All the people who work here for City want to help the players. Also, the players want to win for the club—the League and the Champions League—and I think that’s great…the quality is incredible; all the players are famous and the quality is high.

Recently, Sané has been demonstrating his own quality and how valuable his pace and quick thinking are on the wing.

He thrives even against quality opponents, netting against recent opponents Arsenal, Tottenham, and once in each leg against Monaco.

The young winger has shown both his ability now, and his promise for the future. He is proving to be a crucial asset to the City first eleven moving forward.