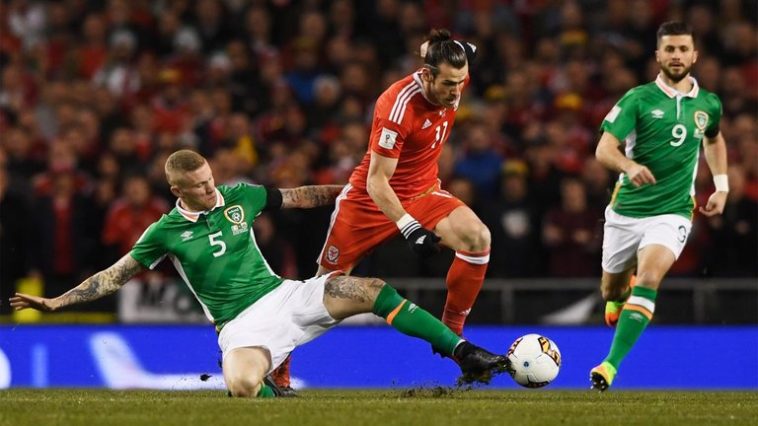 A game that no one will want to watch again. A game that promised so much but offered absolutely nothing.

It will be seen as a good point for the Republic of Ireland. Wales however, who are unbeaten in the group, will see it as more dropped points as they remain off the pace in the race for World Cup qualification.

The Republic of Irelands success is built on solid foundations

If anything, the game showcased to the world the defensive discipline of the Republic. Throughout the game against Wales the Republic maintained a solid shape as a team and looked defensively sound all game. Wales had no answer for it. If the Republic win the group it will certainly be thanks to their solidity at the back and tactical discipline.

Wales have lost their spark

A feature of Wales’ play in qualifying for the Euro’s and at the competition in France was their ability to counter attack and switch the play on the transitions to devastating effect.

Since the Euro’s, Wales have been unable to replicate their old style of play. Getting to the semi-finals came at a price. Teams no longer underestimate the Welsh. In fact, they now show them respect by setting out in a defensive mAnder to contain the Wales team.

The game against the Irish showcased Aaron Ramsey’s lack of match fitness. Out of favour at Arsenal, Ramsey looked slow and sloppy for his country. This had a detrimental effect to Wales’ attacking play.

Ramsey is such an important player for Wales that they need him to playing regularly at club level. Whether that means Ramsey should leave Arsenal or not remains to be seen. But for the sake of his career he needs to play more.

At the age of 35 you would expect John O’Shea’s performances to drop. That is certainly not the case with the veteran Irishman.

The leader at the back for Martin O’Neil’s side and is a good partner for Richard Keogh. Keogh often comes in for criticism at club level but is settled alongside O’Shea for his country. Fans of the Republic will certainly be hoping O’Shea continues playing for his country for a while longer.

Wales may need to find a new role for Gareth Bale

The key to the success of Wales at the Euro’s was the free role of Gareth Bale within the 3-5-2 system. However, since the Euro’s Bale has been stifled in his free role and has been unable to get into the wide areas to run at players.

Bale has often been left in the centre of the park with very little space to run into. Chris Coleman may need to find a way to get Gareth Bale into a wide role to make the most of Bale’s pace and to get him running at defenders again.