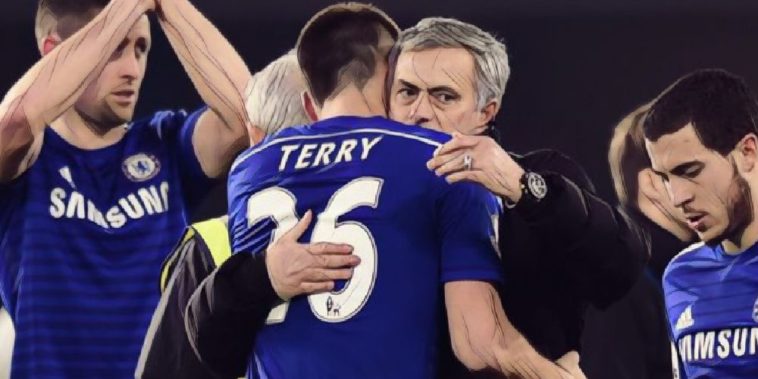 John Terry has revealed how Chelsea’s players were left ‘crying their eyes out’ following the sacking of manager Jose Mourinho in 2007.

Mourinho arrived at Chelsea after guiding Porto to a shock Champions League success in 2004 and made an immediate impression upon the Premier League, guiding the Blues to back-to-back league titles and establishing the west London side as the dominant force in English football.

The Portuguese also lifted three domestic cups to become the most successful manager in Chelsea history, though his reign ended in abrupt fashion after a disappointing start to the 2007/08 season saw him sacked by owner Roman Abramovich.

Terry has revealed the devastation amongst the Stamford Bridge dressing room after hearing the news of Mourinho’s sacking, and admits the club’s senior stars pleaded with the board to reverse their decision.

“We were all in tears,” Terry said on Sky Sports. “It was one of those moments where there were whispers going around, we weren’t performing as well, we weren’t doing as well in the league, and then he came in and said: ‘That’s it, I’ve been sacked.’ He went around and gave everyone a hug and a cuddle.

“Full-grown men crying their eyes out. We were thinking: ‘Where do we go from here?’ We had someone like a father figure, guiding us.

“We actually spoke to the board and said: ‘Listen, we want him to stay, can we not bring him back? It’s a rash decision, he’s the best we’ve worked with.’

“Unfortunately, they’d made their decision. But yes, there were full-grown men in absolute tears.

“He was so demanding on the group, and he pushed us to our limits at times. It’s not until you finish playing that you realise why he did what he did.”

Carragher admits he ‘could not believe’ Chelsea paid £50m for Torres