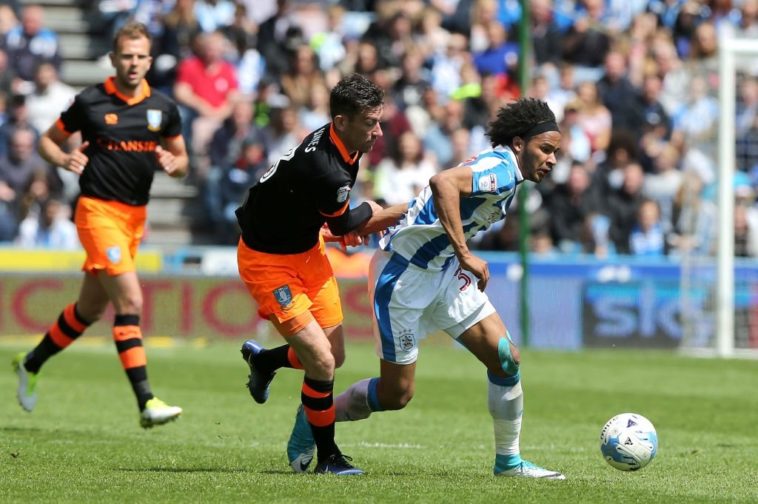 Huddersfield Town hosted Sheffield Wednesday in the all Yorkshire Play-off Semi-Final clash. However a goalless draw makes for an interesting second-leg come Wednesday night at Hillsbourough.

The Terriers boasted the home advantage over their Yorkshire rivals, with the second-leg looming in mid-week.

The opening 45 minutes was widely dominated by Huddersfield, as they looked firmly in-control. However Owls keeper Keiran Westwood denied Nakhi Wells from scoring, a great chance for Town to take the lead.

Then Westwood continued to stand tall, saving another effort from Wells with his legs, to keep the game level. A dominant first half from Huddersfield saw Wednesday with their backs against the wall.

The Terriers will be disappointed that they did not find a way through in the opening 45 minutes.

Sheffield Wednesday did well to frustrate their opponents. Evidently Wednesday sat very deep with few chances to spare, however their perseverance and shape allowed them to prevent Huddersfield from prizing their way through. In addition to Westwood keeping them alive, between the sticks.

Huddersfield came close to opening the scoring, as Izzy Brown hit the bar early on. Brown saw his effort graze the bar, as he could not sort his feet in time.

This was Huddersfield’s best chance in the first half. But despite controlling majority of the first half, both sides headed into the break goalless.

None the less, the Terriers pressed on and continued to mount pressure on their Yorkshire rivals.

Once play resumed in the second-half, the same story was told. Huddersfield continued to dominate the play, Wednesday continued to be overrun. Once again though, the Terriers struggled to find the breakthrough, as they lacked the finishing touch.

Furthermore similarly to the first-half, Huddersfield once again dominated possession. The Owls were forced to sit on the back foot for the majority of the second-half, with David Wagner’s side pushing them against the wall.

Despite their renewed dominance in the second-half, Wagner will be somewhat disappointed his side could not find the back of the net.

On the other hand, Sheffield Wednesday have goalkeeper Keiran Westwood to hail. The Republic of Ireland keeper pulled off some great stops, in order to keep his side in the game heading into the second-leg on Wednesday night.

Following a goalless draw, both sides head into Wednesday night looking to land the first and possibly the decisive punch. Huddersfield Town should be pleased with their persistence, however they will be ultimately disappointed that they could not make their dominance in possession count.

As for Sheffield Wednesday they will be pleased to leave West Yorkshire with the tie all square.

Huddersfield Town make the short journey down the M1, as they visit Hillsborough on Wednesday night for the second-leg of the play-off semi-final.

It has the potential to be an intense affair to say the least, with more than Yorkshire pride on the line.