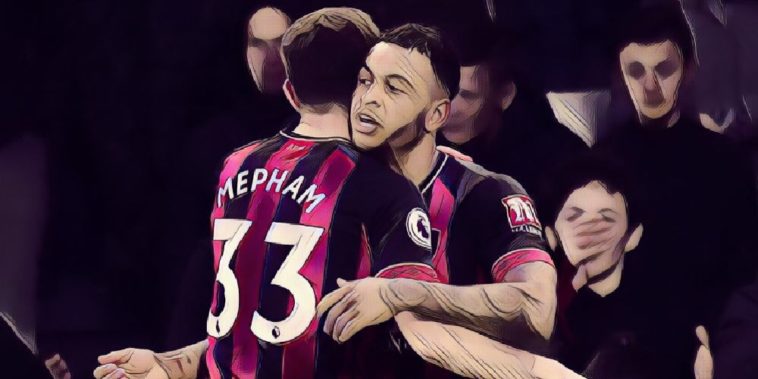 Eddie Howe has described Josh King as ‘the complete package’ after the forward scored a double in Bournemouth’s 2-2 draw with Newcastle.

Speaking after the game, Cherries boss Eddie Howe thought that his side did well, particularly in the second half.

“The [Salomon] Rondon goal was a well executed free kick and we should have dealt with that better,” Howe told Match of the Day.

“We were much better in the second half. We played with a quicker tempo and the conditions suited us better. I haven’t seen the penalty decision back but we were much improved.”

Howe was full of praise for King’s contribution, with the Norwegian taking his league tally for the season to 11.

“Josh is outstanding physically, technically and mentally – he has the complete package, a little bit of everything.

“He wants goals to show that potential is so high with him. He took the penalty well and the second goal was a great finish.

“The fact we haven’t won is the most disappointing thing today, when we were so close.”