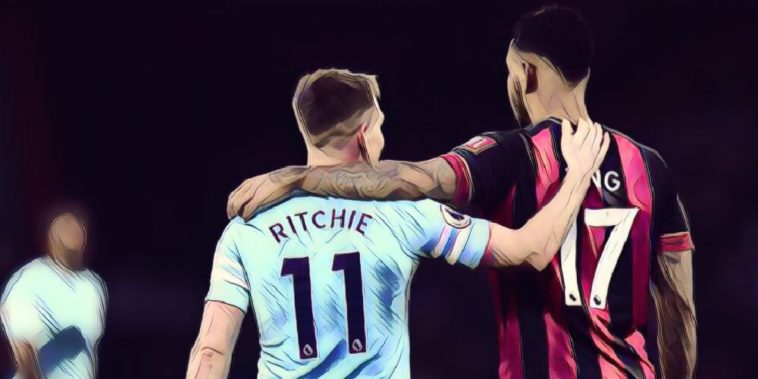 Matt Ritchie scored a stunning late equaliser to haunt his former club as Newcastle salvaged a late point with a 2-2 at Bournemouth.

Salomon Rondon had given Newcastle a half-time lead at the Vitality Stadium, before Josh King’s brace turned the game in Bournemouth’s favour.

The home side looked set to take the three points before Ritchie, signed from Bournemouth in 2016, met DeAndre Yedlin’s cross on the volley to fire into the top corner and deny his former side victory.

“It was a good one, one of my better ones.” he said post-match.

“I saw it coming and managed to keep my eye on the ball. It was like a swinger and I got a good connection and it went in the goal.

“I’ve hit a few like that here back in the day. It’s just good to get a goal as I missed the penalty last week and they’ve been few and far between this season”.

Ritchie admits the goal was a ‘strange feeling’, having spent three years at Bournemouth, earning promotion to the Premier League with the club in 2014/15.

“It’s a strange feeling as I owe so much to this club and then I wheeled away and realised I have a lot of respect for this club.

“To concede early in the second half was disappointing and everyone knows how good Bournemouth are in attack.

“It shows good spirit from us and we can really build on that in the way we have got the point. Shows we’ve got belief.

“Everyone knows what a good side Bournemouth are, they pick up points but it’s the way they do it. We knew it was going to be a tough game, they have so much pace and quality.

“Second half we got on top and if they’d got the third we would have been out of the game.”