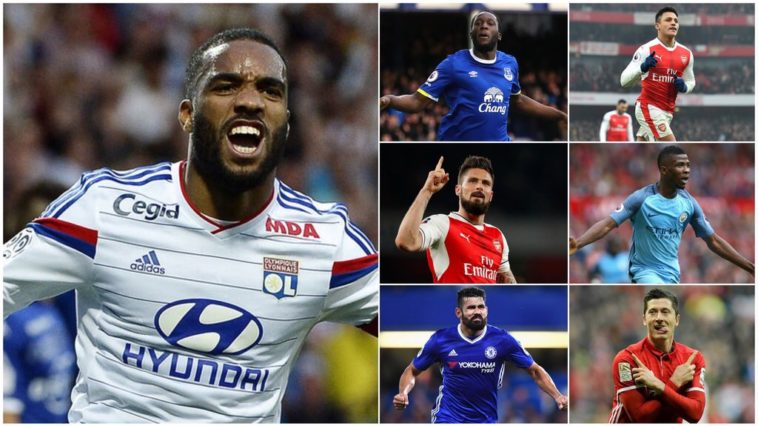 Alexandre Lacazette has been linked with a summer switch to Arsenal. Here is a look at how the transfer could kick start the summer transfer window into action.

Lacazette is believed to be edging close to a club record €53m move to the Emirates which would see the Frenchman become the clubs first choice striker. This move has the potential of triggering a number of moves of some big name players around Premier League and Europe.

It’s the deal we are all waiting for. Alexis Sanchez’s almost inevitable departure has been on the cards for a number of moths, with Manchester City and Bayern Munich most heavily rumoured.

Arsenal are thought to be unwilling to sell to Manchester City, but if Bayern Munich don’t make their interest official, they could be forced to sell to their Premier League rivals to prevent losing him for free next summer.

This could then allow City to cash in on young Nigerian striker Kelechi Iheanacho, who has been linked with a moves to West Ham and Everton for around £25m.

If Sanchez moves to Bayern Munich however, this could signal the departure of Robert Lewandowski who is believed to be unsettled at the Allianz and has been linked to Chelsea and Manchester United, although we think this is rather unlikely. However, it could also point to Bayern Munich selling winger Douglas Costa who has been linked with Juventus and a number of Premier League clubs.

Olivier Giroud was unhappy to be an understudy to Alexis Sanchez and is unlikely to be happy to do the same this season, especially with the World Cup on the horizon.

He has been linked with a £20m move to West Ham, Marseille or Everton.

Of the interested clubs, Everton are probably the highest profile at the moment, finishing in seventh in last seasons Premier League. What is unknown is if the striker would like to remain in England, remain in London, or move back to France.

If he, or the aforementioned Iheanacho, do decide to choose Everton, this would give the Blues the green light to cash in on want away striker Romelu Lukaku. The Belgian has been linked with a a big money move to Chelsea for a fee likely to be around the £80m.

Lukaku wants to realise his Champions League ambitions sooner rather than later, and has stated his desire to leave Goodison Park this summer after scoring 25 goals last season.

This would then allow Diego Costa to get a move away from Stamford Bridge that he has been trying to achieve for around 12 months. The latest thoughts are that he will return to Atletico Madrid and not play until January due to the La Liga clubs transfer ban.