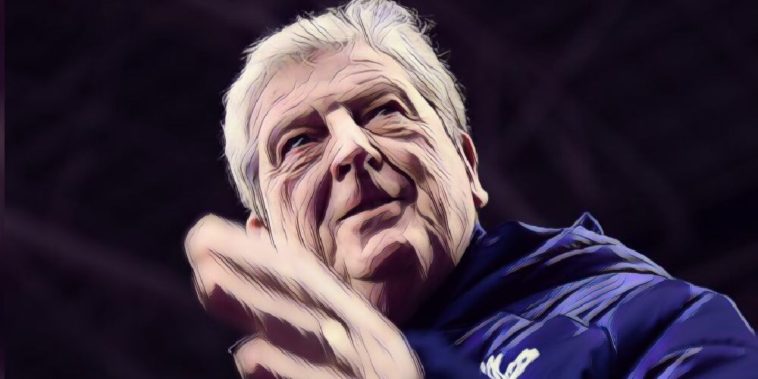 Roy Hodgson says he was ‘delighted’ after Crystal Palace recorded an impressive 3-2 win at Arsenal on Sunday.

Arsenal‘s top four hopes took a huge blow after goals from Christian Benteke, Wilfried Zaha and James McArthur sealed victory for Hodgson’s side at the Emirates.

The win, coupled with Cardiff’s 2-0 defeat to Liverpool, secured Palace’s Premier League status for another year and Hodgson was full of praise for his side following their performance.

“Obvioulsy I am delighted with the display. Our defensive shape was fantastic. We remained compact and narrow. We made it difficult to find spaces behind us. I then thought on the counter-attack we were remarkably dangerous,” Hodgson told Sky Sports.

“The two front players were a constant thorn for the Arsenal defence.

“I thought the last few minutes there would be a bombardment. We could have aggravated the score a little bit more. It’s nice to get over the 40-point marker. It’s nice to have safety mathematically confirmed.”

Benteke’s opener was the Belgian’s first goal in almost a year, and Hodgson hailed the 28-year-old former Liverpool and Aston Villa forward following a difficult run of form.

“Christian Benteke must be very confident after today’s performance. It wasn’t the fact he scored and set one up, he worked tirelessly and did a job offensively and defensively.

“For Christian who’s has a rough time with injuries and not scoring the amount of goals he wants maybe with the final few games he will score a few more.”