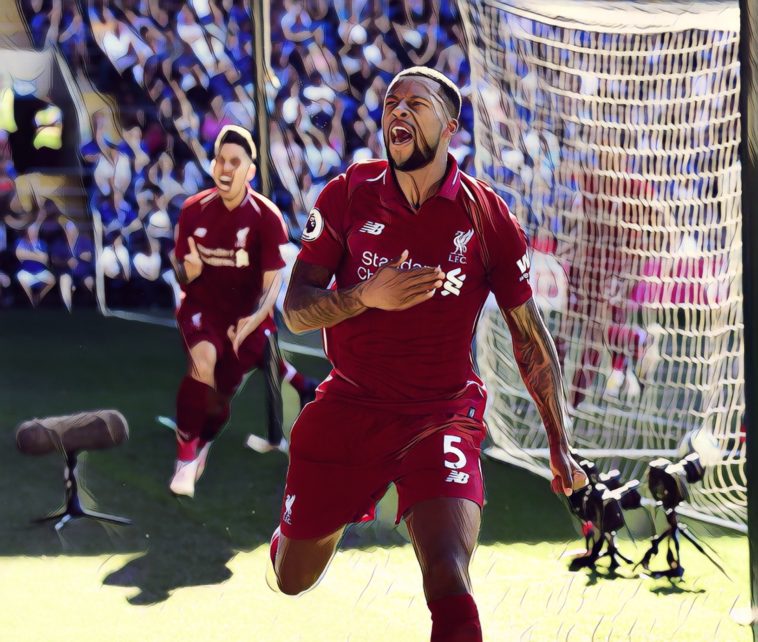 Gini Wijnaldum says scoring the opener in Liverpool’s 2-0 win at Cardiff City was a ‘relief’.

Jurgen Klopp’s side returned to the top of the Premier League with victory in South Wales, with Dutch midfielder Wijnaldum opening the scoring from Trent Alexander-Arnold’s corner.

James Milner secured the win from the penalty spot after Mohamed Salah was fouled in the area, with Liverpool moving two points clear of title rivals Manchester City.

With just three league games remaining, hopes have been raised on Merseyside that Liverpool can finally end their 29-year wait for a league title, and Wijnaldum admits scoring the opener in a difficult encounter came as a relief.

“It was warm, they didn’t water the pitch but we dominated the game and had big chances before the break,” Wijnaldum told Sky Sports

“We controlled the game, they had a big chance with Sean Morrison but the referee said it would have been a foul on Alisson anyway.

“It is always a relief at this time of the season to score, in our situation we know we have to win. I was really happy.”

See also: How Klopp’s side have now evolved into Liverpool v2