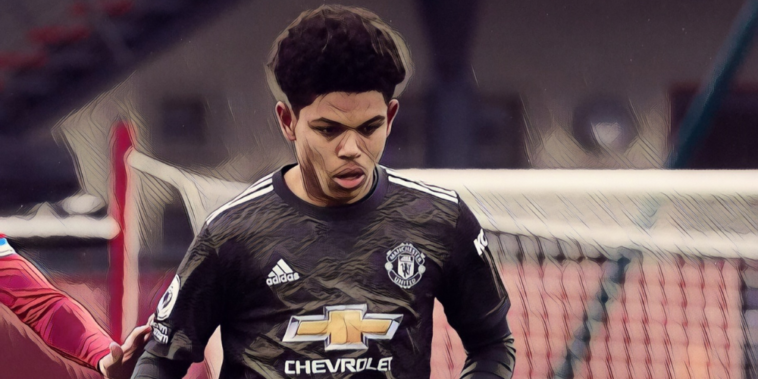 Manchester United youngster Shola Shoretire is set to be promoted to first-team training following the teenager’s impressive performances for the club’s U-23 side.

Shoretire has impressed Ole Gunnar Solskjaer with his performances at youth level and scored a hat-trick during a 6-3 thrashing of Blackburn on Friday night, combining brilliantly with winter window signing Amad Diallo with both players now in contention to join the senior side.

The 17-year-old previously trained with the first team briefly over Christmas but is now set for a more permanent move to the senior side, with The Athletic reporting the switch ‘would represent a significant move because bubble regulations mean players cannot easily go up and down’ between age groups.

Shoretire is a highly-rated prospect and recently signed his first professional contract after turning 17 earlier this month, his commitment to the club a major boost given reported interest in his services from Paris Saint-Germain, Barcelona and Bayern Munich.

The winger is an exciting young talent comfortable in wide areas and centrally, his treble against Blackburn taking the youngster to five goals and three assists in the Premier League 2 this season.

Fellow youngster Hannibal Mejbri is also in contention to move up to the senior side for training, though the 18-year-old suffered an ankle injury in the U-23’s win over Blackburn and will be given time to recover.

Both players will still play games for the U-23 side despite moving to senior training, though would have to travel separately to maintain the first-team bubble amid coronavirus protocols.