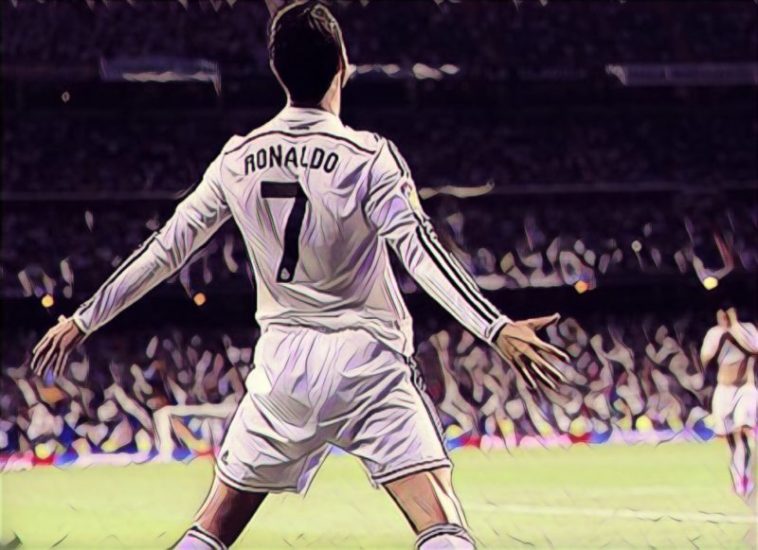 Cristiano Ronaldo’s astonishing career continues to reach great heights with the Juventus superstar having shown no signs of slowing down, netting his 25th goal of the season with a double against Crotone on Monday.

Ronaldo has now, incredibly, scored at least 25 goals in all competitions in each of the past 14 seasons during a career of almost unprecedented success for the five-time Ballon d’Or winner.

Ronaldo has reached more than a half century of goals in a season six times across a record-breaking career, including during a 2015/16 campaign in which he netted 51 times across all competitions for Real Madrid.

The Portugal captain’s haul came during a season in which Los Blancos finished as runners-up by just a single point following a fascinating three-way battle for the title, with both Real Madrid and Barcelona scoring more than 100 league goals.

Ronaldo scored 35 goals in just 36 league appearances including a five-goal destruction of Espanyol, though amazingly finished only second amongst Spain’s leading scorers as Luis Suarez became the first player in seven years – aside from Ronaldo and Messi – to win the division’s Golden Boot.

The star also finished as the Champions League’s leading scorer for the fourth consecutive campaign, netting 16 goals – one short of the record he set in 2013/14 – as Real were crowned as European champions for the second time in just three seasons after beating rivals Atletico on penalties in Milan.

The 2015/16 season was the second time Ronaldo had hit 51 club goals in a campaign after previously reaching the figure two years earlier, a season in which the star set record-breaking standards in continental competition to bring a long-awaited Champions League success to the Bernabeu.

Ronaldo was in imperious form as Carlo Ancelotti’s side won a 10th European Cup and the fabled La Decima, with their talismanic forward netting from the penalty spot in the extra-time final victory over Atletico Madrid in Lisbon.

The Portugal international scored nine goals in the group stage and netted in each phase of the knockout rounds, setting a new Champions League record of 17 goals in a campaign, a figure reached in just 11 appearances.

Ronaldo also finished as La Liga’s leading scorer with 31 goals in just 30 appearances, netting hat-tricks in thrashings of both Sevilla and Real Sociedad at the Bernabeu.

Ronaldo’s second season at Real Madrid saw him set a then career-best return of 53 goals, finishing as the leading scorer in Spain’s top tier with 40 goals from just 32 starts to set a new goalscoring record in La Liga.

The forward’s frightening form came following the appointment of Jose Mourinho at the Bernabeu with the ‘Special One’ coaxing a career-best campaign from his compatriot, Ronaldo averaging 5.6 shots per game and scoring a stunning six league trebles.

Madrid ultimately fell short in the biggest competitions after finishing as runners-up to Barcelona and being eliminated in the Champions League semi-finals, though there was silverware consolation in the form of the Copa del Rey.

In typical fashion, it was Ronaldo who secured that success with a brilliant header to defeat Barcelona in the showpiece.

Just the small matter of 55 goals in all competitions for Ronaldo in 2012/13, a season that remarkably left the forward with just a Spanish Super Cup medal for his goalscoring efforts.

Jose Mourinho’s men finished as runners-up in the league and Copa del Rey, whilst exited the Champions League at the last four following a sensational display from Borussia Dortmund’s Robert Lewandowski.

Ronaldo finished behind Lionel Messi in the race to finish as Spain’s leading scorer despite netting 34 times in the league, though was the Champions League’s highest-scoring player for the first time since achieving the feat with Manchester United after scoring 12 goals from just 12 fixtures.

Jose Mourinho has often been criticised for his defensive approach to the game, but his Real Madrid side went goal crazy during a stunning 2011/12 that saw the capital club shatter a whole host of records.

It helps, of course, having the talent of a certain Cristiano Ronaldo amid your ranks and the Portuguese star netted a huge 60 goals across all competitions as Real were crowned champions of Spain.

Real became the first side in La Liga history to reach 100 points and set new records for most goals scored (121), highest goal difference (+89) and most away wins (16), their charge led superbly by Ronaldo who scored a mind-boggling 46 goals in just 38 appearances.

Perhaps even harder to believe is that Ronaldo finished only second amongst the league’s leading scorers after Messi netted a record-breaking 50 La Liga goals, perhaps the clearest indication of the unparalleled standards set by arguably the two greatest players the game has seen.

Ronaldo’s record run in front of goal came during the 2014/15 season, a campaign in which he scored 48 league goals in just 35 appearances.

Read that again – 48 goals in only 35 appearances.

It really is difficult to comprehend even years later and his performances unsurprisingly saw him finish as Spain’s leading scorer to win a third career Pichichi Trophy and fourth European Golden Shoe.

Ronaldo scored a huge eight hat-tricks – including finishing the campaign with consecutive trebles – during the league season, netting five in a 9-1 thrashing of Levante and four in a home destruction of Elche at the Bernabeu.

He also netted twice as Sevilla were beaten in the UEFA Super Cup as part of 61 goals in all competitions, one of two trophies Los Blancos won after also being crowned FIFA Club World Cup winners by beating Argentina’s San Lorenzo.