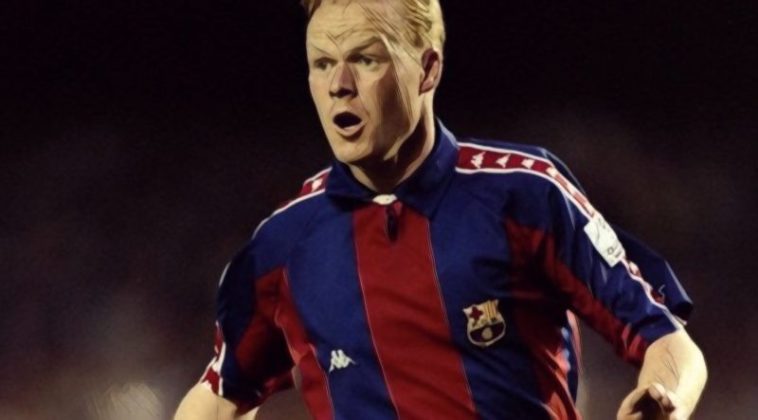 It’s often said that attack is the best form of defence in football and that mantra certainly seems to fit this stellar list of defenders, each making more than a significant contribution at the other end of the pitch throughout their careers.

Prolific goalscoring by defenders is a beautiful rarity in football, and we for one feel it is one worth celebrating. Real Madrid captain and penalty taker Sergio Ramos is often held up as the example of a goal-getting defender in modern football, though the Spanish star still has some way to go to make this feature despite scoring over 100 career goals thus far.

Here are the five highest scoring defenders in football history…

The former Scotland international would represent several clubs throughout a length career in English football, turning out for the likes of Scunthorpe United, Luton Town, Preston (twice) and Burnley prior to his retirement from the game in 2012.

Predominantly a right-back, Alexander would develop a reputation as a nerveless set-piece taker, regularly taking up penalty duties for each of his club’s and becoming renown as a specialist from the spot.

He would score 130 goals throughout a career that would span 26-years, reaching double figures in all competitions on three separate occasions and becoming the fourth-oldest goalscorer in Premier League history during his single season at the top level with Burnley.

Manchester United fans may have failed to see the best of Blanc as the veteran played out the final seasons of his career at Old Trafford, though the Frenchman was a formidable presence in his pomp with a knack of finding the net.

Having begun his career as an attacking midfielder before dropping deeper, Blanc would score with regularity for first club Montpellier, scoring 83 goals in all competitions – the highest total in the club’s history.

Having reached double figures for league goals in four seasons with the club, Blanc would also achieve the feat during spells at both Marseille and Saint-Etienne, whilst he would also manage 16 goals for the France national team, the most important of which being a Golden Goal winner in the last-16 during the nation’s triumphant World Cup campaign on home soil in 1998.

One of Spanish football’s greatest ever players, Hierro would be an influential member of the Real Madrid side that would dominate European football at the turn of the millennium, winning three Champions League titles between 1998 and 2002.

Remarkably for a player who would play the majority of his career either at centre-back or in defensive midfield, the classy Hierro would at one point be Spain’s all-time record goalscorer, whilst his knack for finding the back of the net would see him score 126 goals in 621 appearances for Real – including one season in which he would score 21 La Liga goals.

Hierro would finish his career with a huge 163 goals, including one scored during a single season spent at Bolton Wanderers under Sam Allardyce.

South Americans may be famed for their swashbuckling attacking style, but in Argentine great Passarella the continent produced a player equally adept at either end of the pitch.

Despite his diminutive stature, Passarella would establish himself as one of the great defenders in Argentina’s history, captaining the nation to World Cup glory in 1978 before forming part of the side that secured the trophy for a second time eight years later.

Often joining the attack and an excellent set-piece taker, El Gran Capitán (the Great Captain) would score 175 goals throughout his career, holding the record as the highest scoring defender in history at one point.

Comfortably the highest scoring defender in history, Koeman would enjoy a hugely successful career that would deliver a wealth of silverware over spells at Ajax, PSV Eindhoven and Barcelona.

Koeman would be a prolific goalscorer, often taking free-kicks and penalties, none more important than his free-kick winner as Barcelona beat Sampdoria to win their first European Cup in 1992.

He would reach double figures for league goals in ten different seasons, his best personal tally being an incredible 26 goals in all competitions as PSV won the treble of European Cup, Eredivisie and KNVB Cup in 1988.