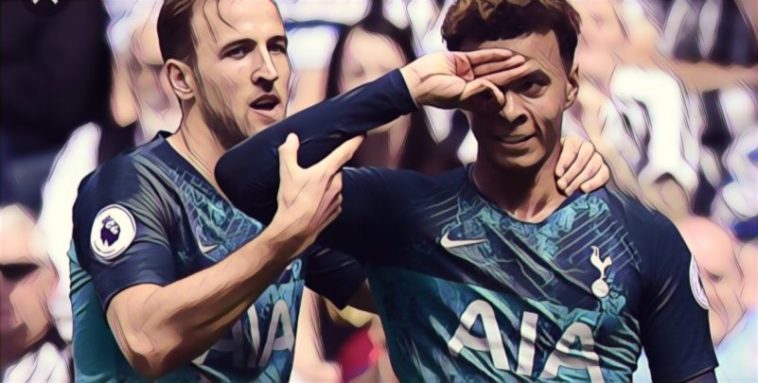 For 45 minutes at the Johan Cruyff Arena Spurs fans were treated to the sight of a confident, cavalier Dele Alli performance that proved integral in their epic comeback against Ajax.

His movement on and off the ball, aggressive running to create pockets of space and a delightful pass to Lucas Moura were the hallmarks of a player who belongs on such a big stage.

However, it has also been something a rarity from Alli this season, as injuries and fatigue have really begun to slow down what was until this season, a rip-roaring success story for the young midfielder.

Alli has become a major force under Mauricio Pochettino’s guidance. His goals, assists and wonderful vision have made a massive contribution as Spurs have become a regular at Europe’s top table.

This season though, the sight of the Spurs number 20 bossing things from his midfield cockpit has not been anywhere near as frequent or effective. The England international has been somewhat blunted for the majority of the campaign as he’s battled injury and fatigue.

Pochettino will be all too aware of his player’s loss of form and made a very public call at home to Everton last weekend. The England international was hooked at half-time and came in for some open criticism from his manager.

The former Southampton boss will not be ignorant of the physical hurdles that Alli is currently facing as well as the shift put in by his midfielder in Amsterdam during the previous week. All the same, the sight of their influential playmaker coming off is hardly encouraging for Spurs fans.

It was no surprise to see certain players more than a little combat-weary as this season wore on for the North London club.

Not only does a nine-month Premier League campaign take it out of any player’s legs, but throw in a World Cup hangover to the equation as well as a physically draining European run and you can sympathize with fatigue taking its toll.

In an ideal world, they could have managed this less than ideal scenario with some good old-fashioned rotation. This could well have aided recovery from injury and allowed Alli to be eased back into action this season after a busy summer.

However, ideal scenarios are a rarity in football. Spurs’ painful lack of squad depth has meant they have had little choice but to throw the former MK Dons midfielder straight into front line duty with some pretty dire consequences.

Alli’s dramatic debut season in the top flight, back in 2015, saw a player brimming with pace, confidence and unbelievable ability for one so young. The leap up from League One had absolutely no impact as the midfielder ripped through the heart of stunned Premier League defenses.

This season has been set in stark contrast to those blistering early years. Alli’s contribution has taken a big dip; scoring just five and assisting three in 25 league appearances, which is a massive drop considering the kind of numbers he posted during his first three seasons with Spurs.

Mauricio Pochettino says there is no player better than Dele Alli in his age group.

A total of 94 days and 21 games have been missed due to muscular and hamstring problems. With such a thin squad; notions like recovery and game management have had to play second fiddle as Spurs’ depleted numbers have simply not permitted such luxury. It’s little wonder then, that we have seen a more muted, less effective showing from Alli.

Beyond this season though, Spurs would be wise to try and break the shackles of their self-imposed austerity and add some depth to their ranks. If not they risk further, potentially irreversible burnout for Alli if he is continued to play under such duress.

Their situation is reminiscent of Daniel Sturridge’s injury woes at Liverpool. From 2014, Sturridge took up the mantle of Liverpool’s main goal threat.

Unfortunately, this was pretty much when the injuries started. Between the start of 14/15 and the end of 15/16 the former Chelsea striker missed 332 days through a combination of serious and reoccurring knocks. The figures are eye-watering. But the echoes with Dele Alli are pertinent.

Until as recently as 2015-16, Sturridge was considered as the Red’s best forward option and as such the club had little choice other than rushing him back into action whenever injury struck. If there was any recovery plan, chances are it was loose and unstructured, likely abandoned as he was rushed back to first team action as quickly as he was passed fit to enter full training.

Liverpool’s shallow squad options up front in those seasons meant they simply had to get Sturridge back in. The result of this haste? The player was duly left burnt out and a mere shadow of his previous self on the pitch.

To see a hugely talented player so damaged and wary of his body movements on the pitch was genuinely quite sad. It’s a lesson Spurs would do well to take heed of.

The situation may not be as grave just now, but Spurs must take some insurance against ruining one of their best players. At just 23-years-old, Alli has already played 332 senior matches. It would be no surprise to see his body beginning to show signs of wear and tear.

Pochettino is a demanding manager and his style of play is all about pace and aggression. If he is to avoid almost literally hamstringing his number 20, then new recruits are essential this summer to balance the workload out a bit more evenly. Alli is simply too precious a talent to run into the ground as his former England colleague was at Anfield.

Read Also: Grading the most expensive players from the 2018 transfer market