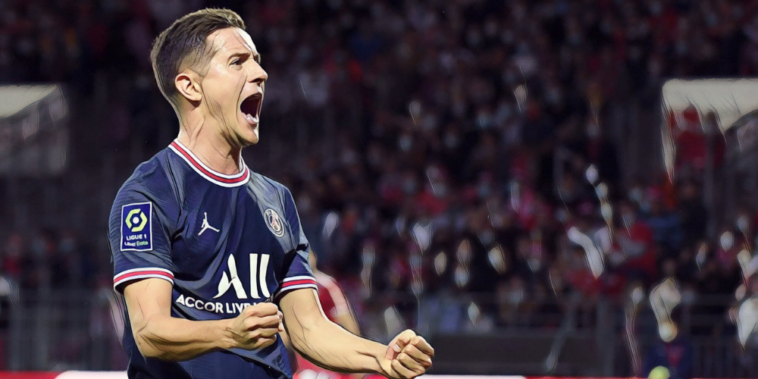 Ander Herrera has rejected a move to Tottenham as part of a swap-deal involving Tanguy Ndombele, out of respect for former side Manchester United.

Tottenham were interested in bringing Herrera back to the Premier League as part of a deal that would Ndombele head to PSG, but the midfielder has turned down the chance and wants to remain at the Parc des Princes.

The Athletic are reporting that the 32-year-old is keen to remain at PSG and would only consider a return to England with Manchester United.

The Spaniard previously spent five seasons with the Red Devils, making 189 appearances in all competitions before moving to PSG on a free transfer in 2019.

Spurs want to sign a new midfielder before the transfer deadline on Monday and have been linked with AC Milan’s Franck Kessie and Fiorentina’s Sofyan Amrabat.

Discussions are set to continue with PSG over Ndombele, with Georgino Wijnaldum having also been mentioned as a possible inclusion as part of a swap deal.

The Netherlands international has struggled to command an automatic place since arriving from Liverpool on a free transfer last summer and has made just 11 starts in Ligue 1 this season.

Antonio Conte’s side are also pursuing deals for wingers Luis Diaz and Adama Traore, with the North Londoners understood to be closing in on the £20m signing of the latter from Wolves.